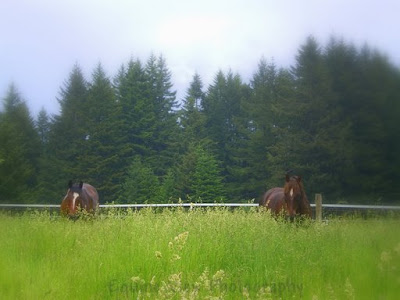 Well, It is true...a quandary I am in.
Today, I showed up for my mentoring ride today and my mentor did not...I failed to confirm this time, but we did talk last week, and I said I would be there. Oh well....
We, the mare and I, have not worked on anything in an arena for about 3 weeks now. I got on Wa in the tilled field near the barn and she thought she'd give me a sour run for my money...So I thought better of it and decided to get to the actual arena sooner rather than later and do all the warming up there.
We showed up in a good amount of time to warm up and we did just that....long rein walking into a slowly gathered collected walk. The mare has had some trouble with this on the trail...usually, when we gather to connect and she immediately wants to trot and that is what we have the contact for. My Bad!
So I have also been gathering the reins up to connect and then, letting out again frequently so. She will need alot of this on the trail but in the arena today , she did so much better.
IN fact today, she stayed right in my hands through most of our work. We even did sitting trot sequences on the short wall and some lengthening trots through the diagonals. I know she loved those times of lengthening today...she perked right up for it, but stayed with my longer posting motion and did not rush. I was so proud of her!
It was all good till I asked for canter...she really soured again and threatened to come up and to buck. I took my standing martingale off..because there was none of this for the past months...um..till now. I was very discouraged and she did intimidate me. I decided to keep going with sitting trot till I was satisfied... it shocked her a little that I persisted, but she obliged me with some fantastic lateral moves from X to the left and then to the right..a bit freer to the left than to the right.
So my quandary is....I am going to have to have an arena for the winter time..I know I will not be happy with trails only. I feel as though I restart each time I am away for a few weeks, and I need to ride in there at least twice a week to get over d=some of these humps, I fear. My sister takes her trailer and truck back sometime in the first part of July. So that is that for the arena till the neighbor's get theirs done, I guess, for local.
I would really love a round pen to get these cantering kinks out too...a large arena is a bit scary for me as she tends to bolt when pissed off about whatever it is she is when I ask for the canter.
I kinda think it is just me asking in the arena...a bad bad habit of disrespect. She never does this outside!
So hummm...I hate to leave this perfect place..but I know it won't be perfect for winter.
So -it is leaving me in a quandary.
Posted by allhorsestuff at Monday, June 22, 2009