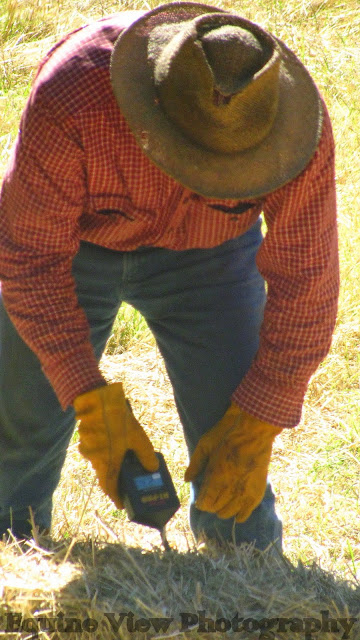 For many of my blogger friends that have their own properties, this hay routine every year, is old hat !
(like the one worn by the dude in the pic!)
But for me, boarding, it is not.
Now that I have a truck, and the will to better my rounding of the Equine Management learning process, I decided to pick up a ton a hay... preferably..actually letting someone else "pick it up" and  I would point here and there... Well...sometimes haying is a very tricky business...the WEATHER playing a HUGE-O part in the processes of it!!
The man above,  is using a tool that measures moisture content. It tells him if it is ready or needs to be undone (too wet), or if I can have it and stack it on top when unloading  later. He is the husband of the woman selling premium locally grown Timothy/Orchard mix hay.
I was to get this hay a week ago...told that I had to pick it up, so that it did not sit on the ground and get moist
THAT- is something I did not know...if it sits on the ground in the field too long...it begins to moisten, then can mold. 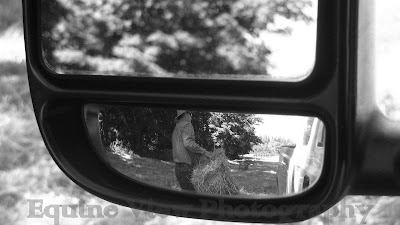 I had a team standing by for two days in a row, to help me and I was so happy!...then the woman called the first day..."Um, it's not ready...too wet..it'll have to be tomorrow now". Okay..I will pick it up tomorrow, cancelling my ride plans.
Tomorrow comes and I am sitting pretty..only have the hay to do that day..so I wander around doing errands till...the woman calls me again, "Now it won't dry and needs another day"...she explains.
Now I have a problem...no one to help me at all! AND, I can only go 4 days from now...she is NOT happy, it will sit in the field too long..but...if I pay $15 dollars more..they will load it up , out of the field. Okay...plan established finally.
While I so appreciate her knowledge and skill in growing and testing for content, and making sure every bale is good...this has become tedious and I am wondering how Friday will pan out! 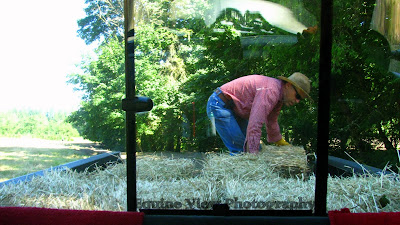 She calls me early Friday morning..and by now...each time she has called me..she revisits the whole story again verbally so, as if it were not happening to me as well... just her- and Wooo...I see her name on the phone, and I kinda cringe.
NOW...she tells me, " The folks that picked up a ton and a half this am...took an extra ton!"
That was my ton! 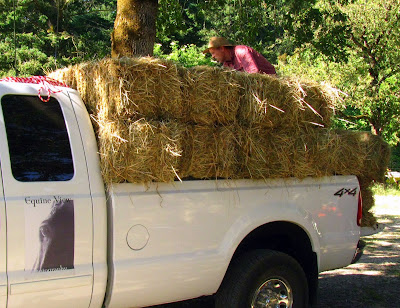 So, as the story goes from there... Obviously..I got my ton of hay, as you can see for yourself.
I had to play a bit rough to do it though..rough for me is: "Well, lady( I did not say lady) I have been waiting patiently for your hay, and as you know, I cancelled other hay to come closer to get yours.
Are you going to sell me hay, or letting me lump my efforts in being loyal  to take it off your hands? See she had to put the hay on Craig's List because someone backed out and left her in the lurch in the first place!
She came good...and took some hay out of her own barn, and made sure I got my hay! 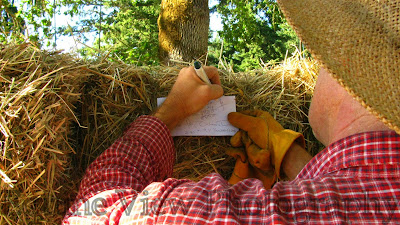 They were nice enough to pick it up out of the fields too...load it and tie it down.
It is really nice hay and they are truly nice folks. I rarely stand up for myself in these situations..but something came over me . I am glad that I did. They treated me well, and I am on the"Permanent list" to receive 2 tons next year.
I will have the use of a flat bed trailer, and it'll go much easier than lifting it all into a truck! 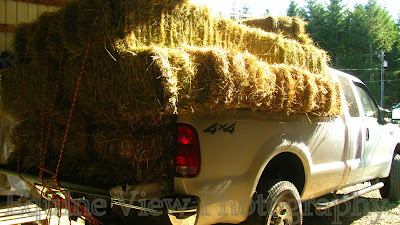 I backed into the barn...unloaded it all myself ....33 bales of hay in the barn! 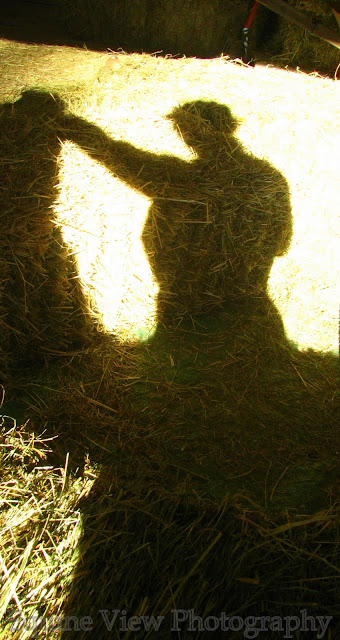 Then, met my Barn Owners's at the local restaurant in town for dinner...
and a nice cup-o-Java!
Whew! 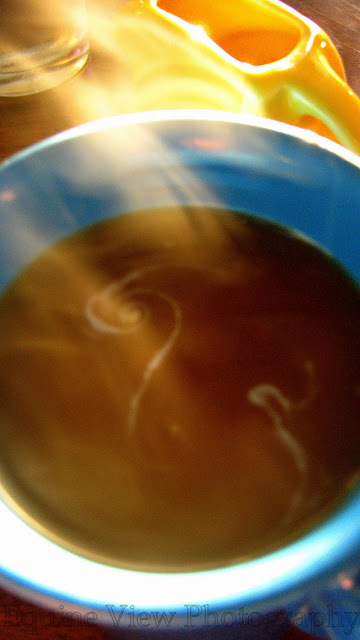 Posted by allhorsestuff at Thursday, July 22, 2010

Email ThisBlogThis!Share to TwitterShare to FacebookShare to Pinterest
Labels: HAY first time in the feilds