A Christmas horse Tale~ the end ~ is the BEGINNING! 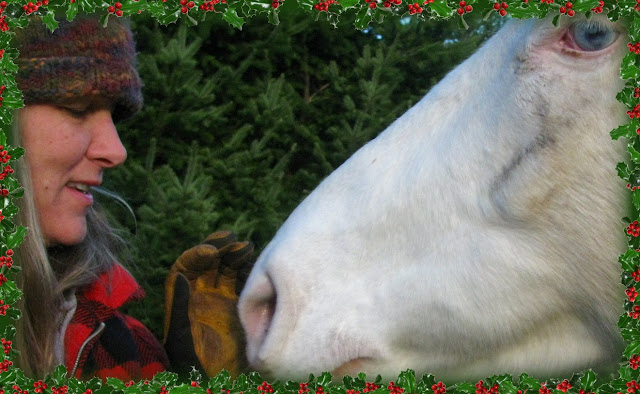 ...From the last post, I had been catching up with my Green Grocer friend about JACK, the White Horse, that stole her heart....

As you all may have figured out, She has been reunited with her beloved white horse, but this is still the story of how she came to that point!

I made a date with Gwen to go see her beloved White Horse last week, and she began to tell me bits and pieces of how long it took to find him.  As I drove, I listened intently to the sorted story, and the country roads took us to the barn where Jack is now residing.


It was a very cold and windy day, out in the country where Jack resides 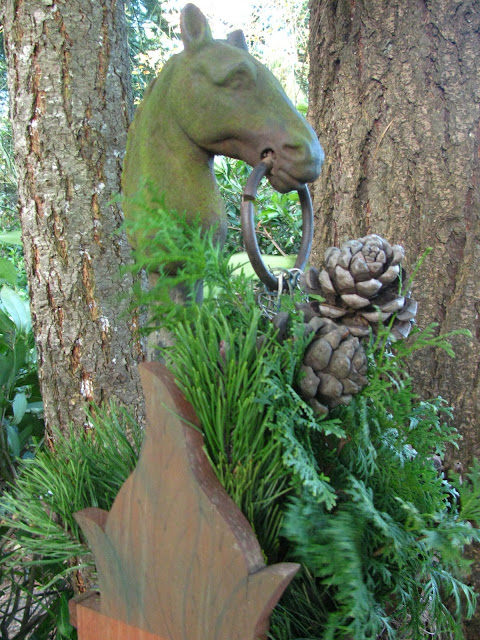 Not wanting to interrupt much,  is why this story has been drawn out a bit.  I'm not really as naughty as you may think...I really could not  rush the details. I  did wish to start the story with what I had though, as long posts don't suit me.

As the story goes....
It happened so quickly, one day poor Gwen was faced with a situation. The woman that had allowed her to groom and care for Jack & had told her that," he was hers",  now,  had decided to trade Jack for two other horses!
Oh poor Gwen, she told me just yesterday, as I sat in the Grocer gathering this story...tearily....she was speachless and did not know what to do.
She somehow managed a deal with the new owner, that lived in Canby,  to come see him still...but then, within 2 months,  this new woman SOLD him!

Neat artful things everywhere, in the gardens where Jack resides 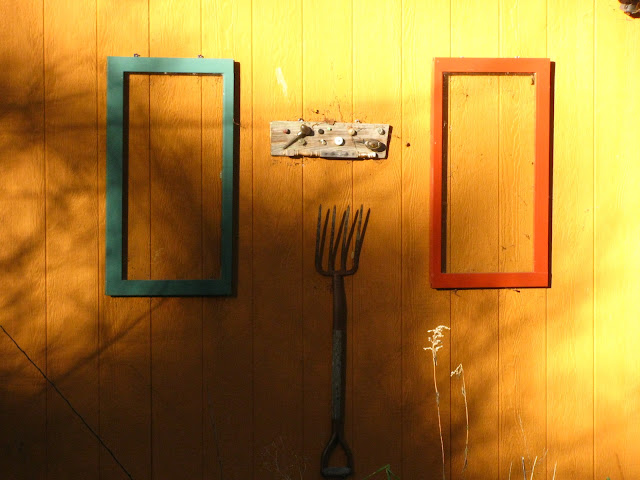 Gwen was despirate to find him again. The woman sold him for $1,000.  and told Gwen the name only, of the fellow that bought him.

As I stopped into the Grocer from time to time, I had known that she had looked and looked for him over the past year...driving to and fro, through the countryside, till one day, SHE FOUND HIM ! This was due to her online searching and narrowing it down to a city, and a certain amount of acreage.

I was in a boarding stable at the time, with both the mares Pantz and Washashe. I had wanted to take her to my stable, but feared the condemnation of the owners, who were extremely judgmental and critical.
We met one day, and I risked it, and took her to meet my mare. We only stayed a short while then jetted off, to go drive by her found horse.
She then told me that the owner of him now, was not a nice man. I won't go into the details, but..he really wasn't a good bloke.
She had done some research on him and also had seen him, as she petted Jack once, from outside the fence line. The wife had shooed her away.

The place was a mess...just the sort of place you'd expect to see a man with a riffle slung over his shoulder, waiting for an excuse to shoot you! The ill natured man, that allowed this white horse to be kept in a metal scarp yard, with wire and machinery everywhere, had recently placed MANY "No Trespassing" signs up.

My heart sank that day.

I thought the journey was over for my lovely hearted friend and the white horse, for sure! 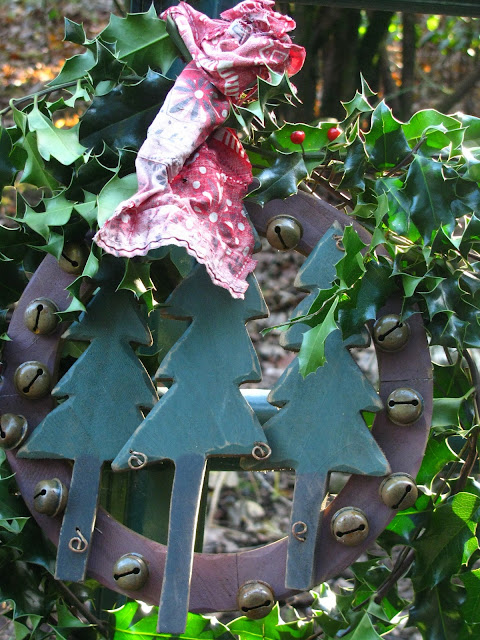 Going into the pasture, to find a deaf horse! 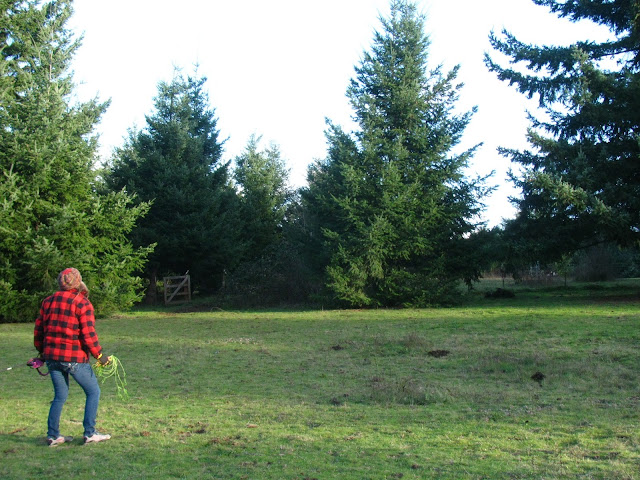 Time passed by us both that year, in a disheveled fashion. I ended up relocating my mare to another boarding situation, but kept contact through shopping at the Green Grocer, with Gwen.

She had lost some of her sparkle the white horse had lent her, through appreciating his continence and loving him. It was heart rendering, as SHE WAS HIS TRUE PARTNER!

One day this past summer, she had told me that she had News of Jack... I learned it was = that she was his owner !

Gwen, swinging her arms...to get the attention of HER Jack horse! 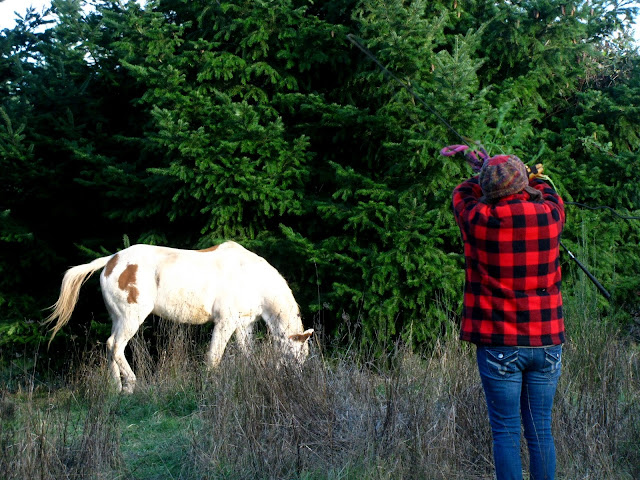 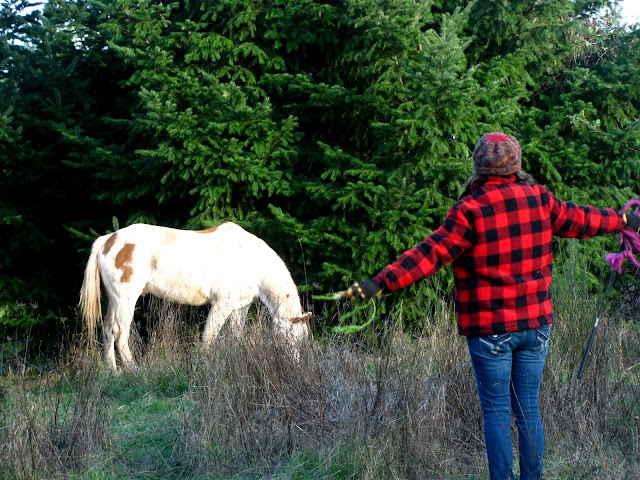 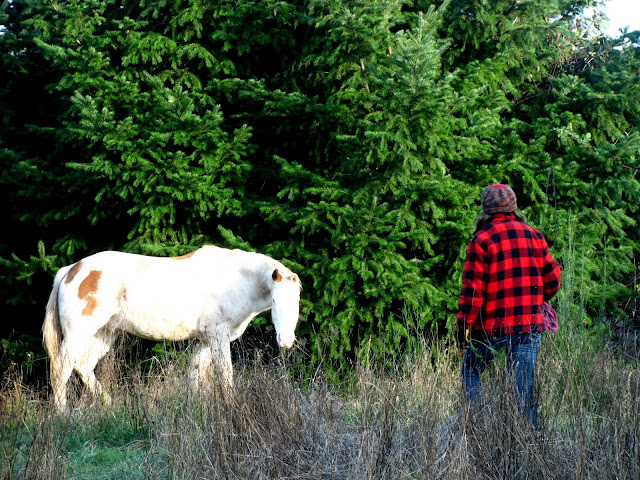 Apparently, the man that bouight Jack for $1000 decided that he was not a good "cutting horse", and wanted him off the payroll.
He walked into Gwen's store- this past July- she immediately burst into tears, after he said his name.  And after she had "her moment"...he said, "You want that white horse?" She said, "YES!"

She bought him on the spot for $1,000 and  just as quickly, arranged for  him to be trailered to a friends place. This friend has a small barn /garden at her house, she sells to Gwen- "Greens" from her garden, for the Green Grocer store. She has followed the story of heartache and had told Gwen,"if I have a stall, and you have a horse, you are welcome to keep it at my place". 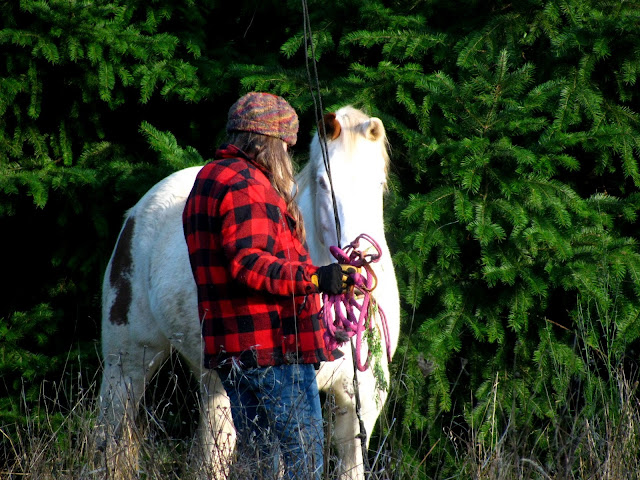 I truly adored seeing my friend with her lovely White horse Jack! 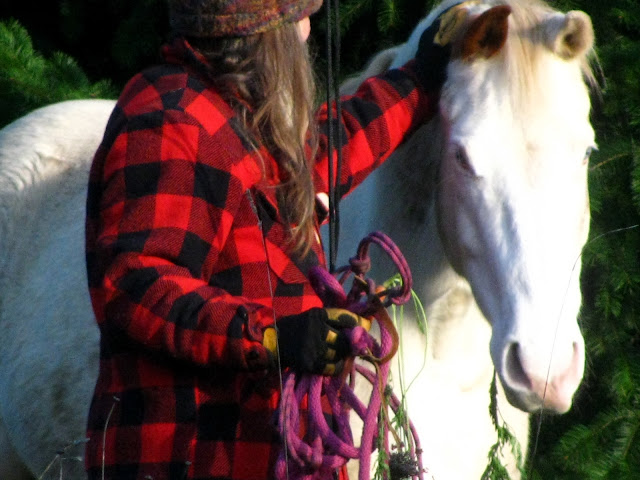 That wonderful day I went into the Green Grocer was because, I craved the ending- to the story- of the White Horse Love, for Gwen.

Jack, as he emerges from the evergreens, later on that same day~ 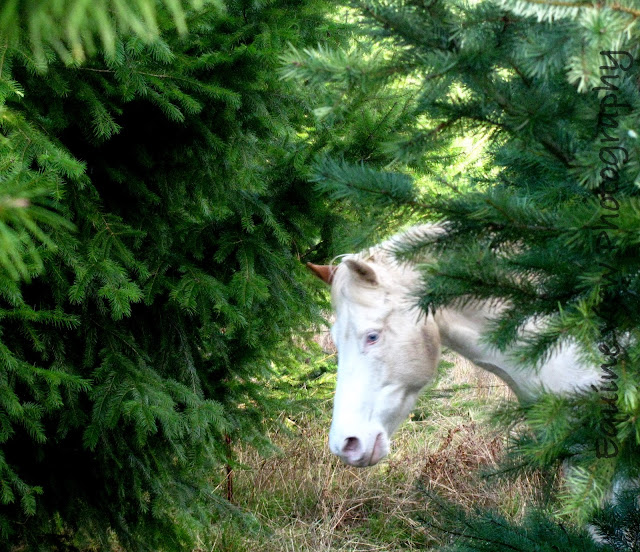 You are Gwen's Christmas horse Jack, her Dreams come true with you! 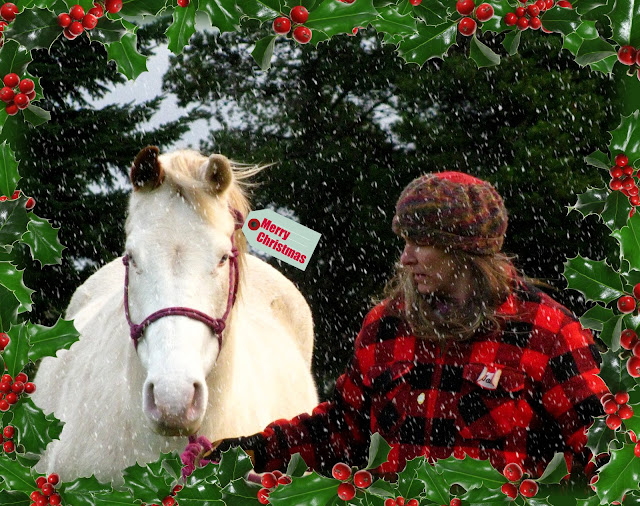 Posted by allhorsestuff at Sunday, December 12, 2010