A Christmas Horse tale~ The Beginning 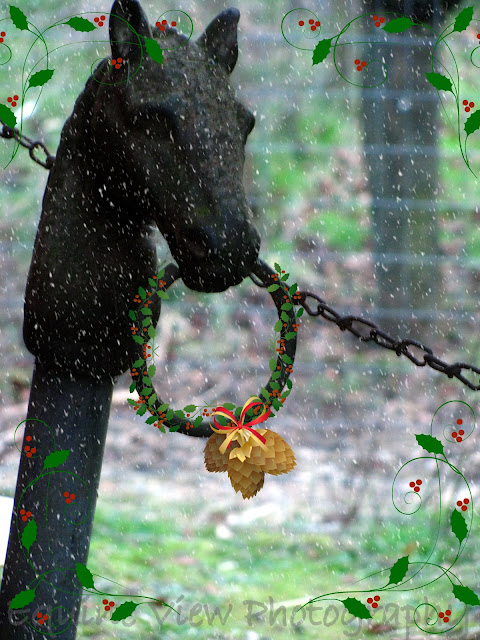 Let me take you further into the story of a girl and her love of a white horse she befriended~
When my "Green Grocer" friend Gwen, first met the white horse that she loved to pet and snuggle with, she soon learned his name to be "One Eyed Jack", and a harrowing truth.
The owner apparently had gotten his Dam, and did not realize she was in foal. The colt was born upon a bed of trash, or something (in my estimation) that should never be anywhere a horse may tread in it's domain. He had a nail in his eye.
These photo's, she was given, after the owners found her to have such a great admiration for the cute horse. 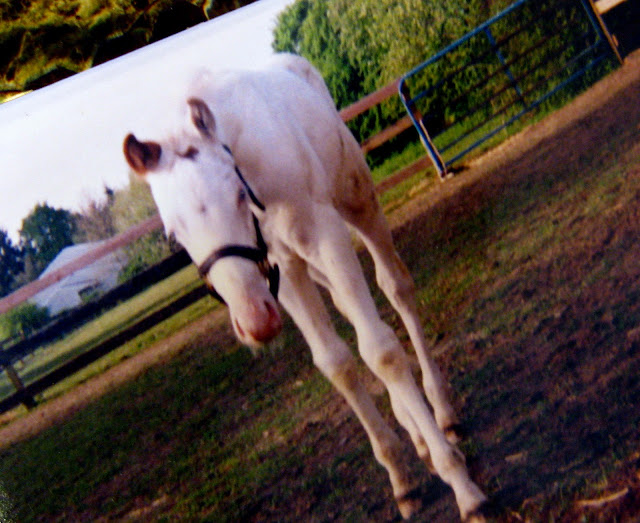 Gwen has these pictures in her store. From the 2 shots she has, the place he was kept is nicely fenced and he looks to be a normal little colt. 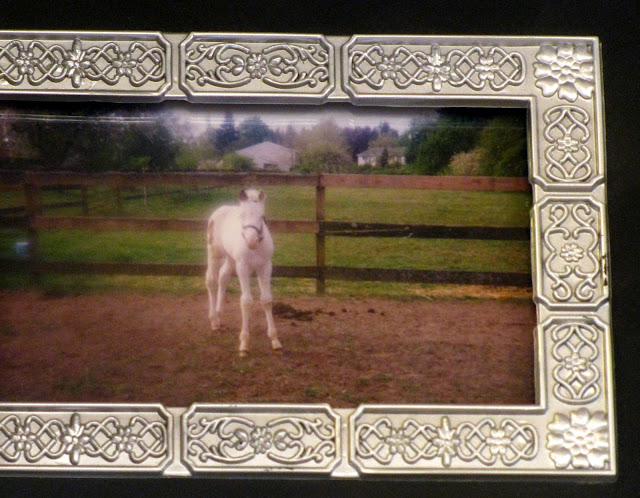 Maybe it was the fact that his mother was not taken care of for having a foal. She may have lacked the vitamins and minerals it takes to give a growing baby all it needs...that he was born deaf. Though, I know that sometimes white offspring have the propensity for this trait.
Jack was about 2 years old when Gwen sighted him and began to sneak into the pasture and rub and pet him. 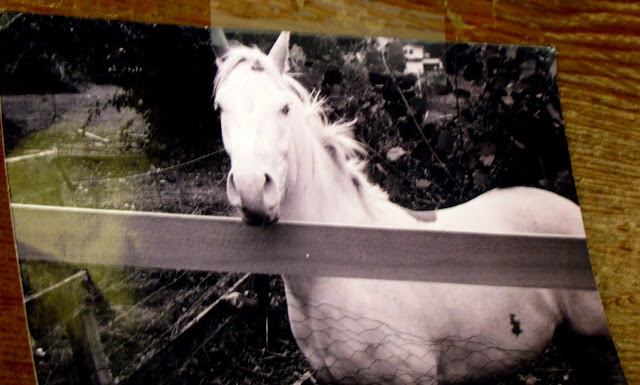 She then bought a brush, to go along with her carrots and apples... till finally, she met the owners to have permission to keep on - keeping on- with her love affair with him. 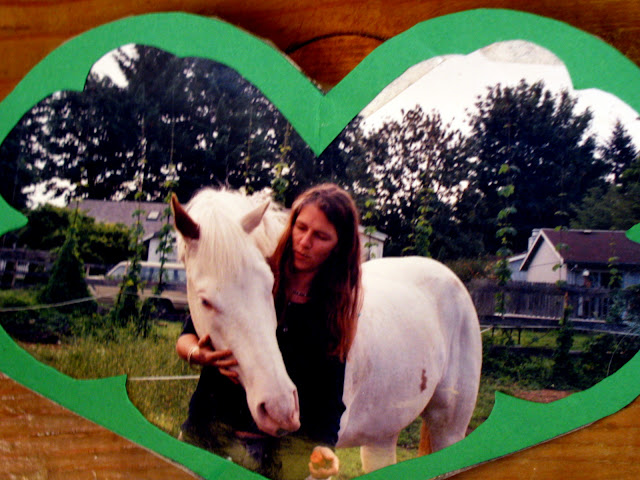 They granted her the simple pleasures of handling him and allowed her to care more in other ways later, as well. She really did not know how to do anything, other than fill her desire to love on him, by brushing and visiting.
2-3 years passed, and the owner woman began to train Jack and  ride him occasionally.
The owner, one day,  offered Gwen a ride upon her white Romeo. 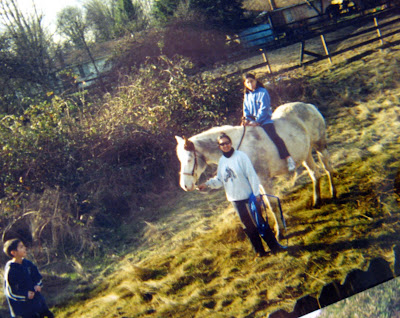 This turned out to be a terribly ignorant, short sighted offer; as Gwen had no riding background or formal instructions from her or previously, from anyone.
It ended badly for Gwen, she sustained many injuries yet, she does not blame the horse, (I don't either) BUT I DO BLAME THAT WOMAN!
His saddle likely did not fit and the woman had been riding him for some time, that day. She then had an inexperienced, very nervous young woman mount up....Jack bucked his heart out with Gwen, clinging to the Western saddle horn, effectively ripping her tendons in her shoulder and forearm, before she finally let go!
I cringed, as she told me these details of a reckless horsemanship, handed to her, by someone that had no business to!

I have offered many people the experience of loving a horse -but- not before they learned ground rules of being near one of these Equine animals!

Regardless, Gwen healed then continued to LOVE the White, Deaf, Jack Horse......till one day- he was going to be given away, sold(?) and no longer around for her to visit.

This broke her heart and that is where I met Gwen...at the point of broken dreams and loss of her lovely white horse.

Recently, while my Truck was serviced nearby, I decided to check in my my Green Grocer friend.
Here she is with "Frederico", a stray kitty that was dropped by the store and she rescued. 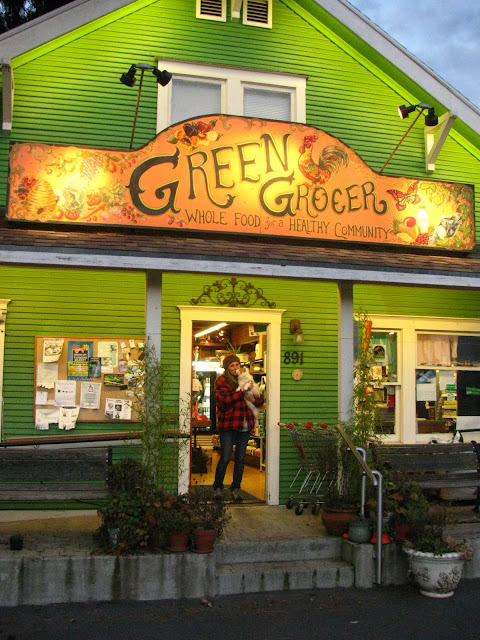 "Frederico" is the name of the heroine in "Little Women" as the sisters acted out a play in the attic. This lovely feline creature, is the (twin)opposite of our adopted kitty, Freyda!
We chatted and caught up. I Looked at the Valentine I made her, after she gave me such kindred friendship with my mother's hospital adventure. She keeps it upon the wall, behind the cash register. It is a Cabbage leaf, and card...Of course, Jack is represented too! 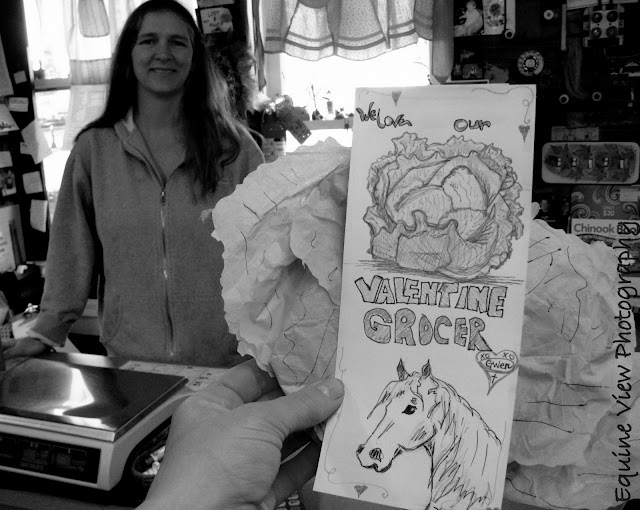 It was very nice catching up...but again, I get ahead of the story...

This past summertime, I had been shopping and Gwen had excitedly told me, " I have news about Jack"! 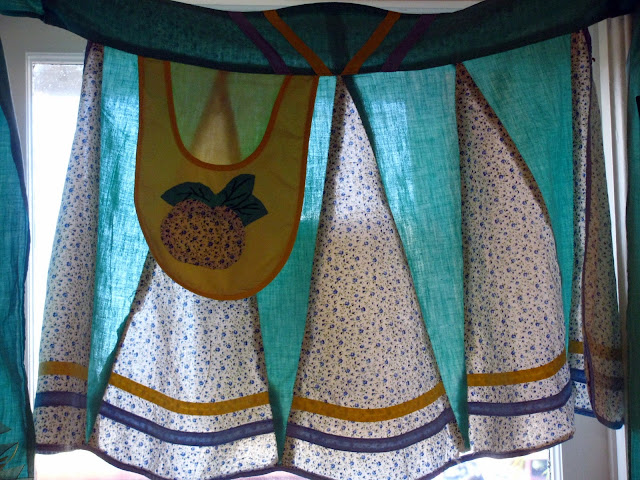 Behind this "Apron curtain" ( it is in Gwen's store) is the ending (and true beginning) of this Christmas horse tale.
Hang in, facts are being sought out, as you wait.
Posted by allhorsestuff at Friday, December 10, 2010