Down the roads through water, mud and over rocks. Yup, the New hoof boots arrived, and in a rare moment of rain reprieve, we set off to try them out. 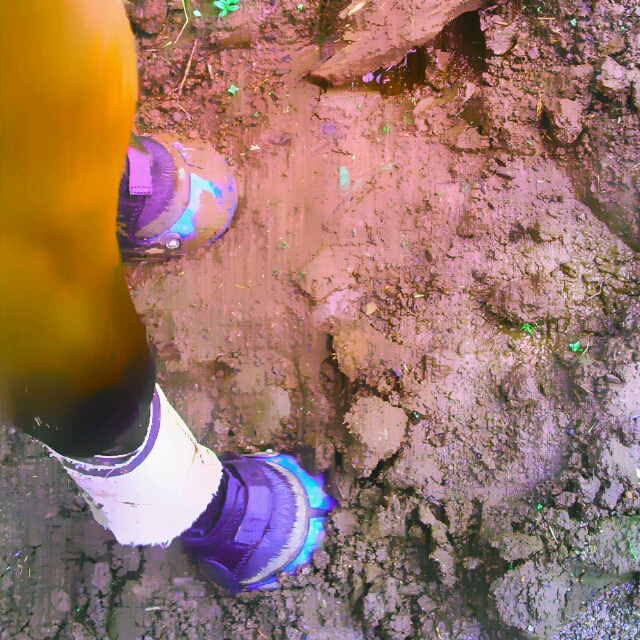 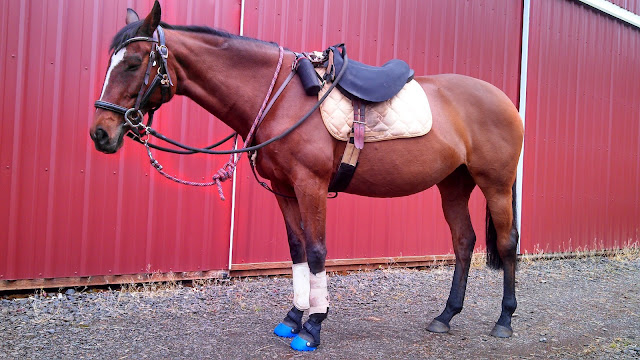 Though sleepyily standing for the photo here, Wa mare perked up pretty quickly, once we got going. After she tried to avoid the normally traveled areas of rocks and hard grounds; Wa mare was walking, trotting and even cantering upon the roads that ere now, made her wince! 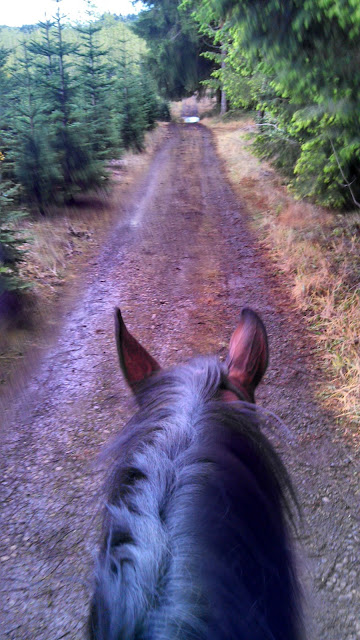 This road is a nice one, with round river rocks

The roads with crushed gravel rocks make her dive for the much softer/safer shoulders. But this day, though she actually tried once or twice to go for the sides from pain memory,   she began to snort and relax.
All in all the first ride went rather smoothly!!!
Let us see IF*** we can get another in this week.............. 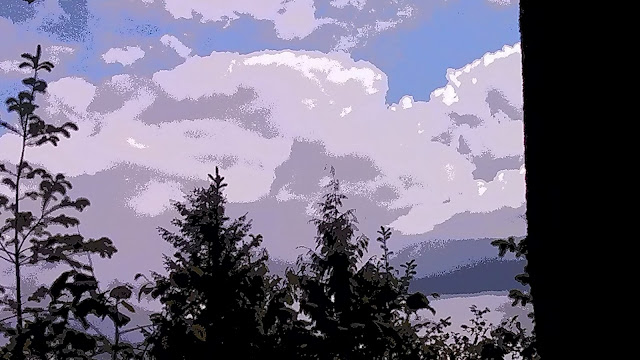 Second ride try- a window of dry, though a very stormy day in May

So, yesterday, we got to go out once again later in the day. I was standing around waiting for the torrents of windy rain to subside as they have seemed to, later in the days. It just kept coming, and the moisture from the skies seeped into the barn doorways. When I stepped into the turnout, the rains  had flooded Wa's turnout field too. The 2 weeks of 80's we had in the beginning of May were apparently to keep our spirits up from the memory. NOW, we have gotten 4-5 inches of rain in a hurry apparently, marking an 1800's date for the record rainfall!

I prepared to go still, hoping....getting the rain gear out...for her: quarter sheet, synthetic bridle and breast collar, saddle cover. For me: Rain duster that covers my legs and rear!
YEA!! a small window of blue between the grey and  blackened skies!


I was riding and thinking of KATE'S LESSON.... with Mark Rashid. I knew she could be riding right then too!
I have enjoyed identifying with her over "core to core" work. Since I have started riding again after my accident, my safety has been to secure my hands with a light contact to the mare , while holding a rope from around the mare's neck. The results have been to use my "Thoughts only"- that are the core body movements between my mare and me. It is subtle and gently asks your horse to respond to the least amount of movement. With the way the mare has been marking time with her snorting, I know she has felt less pressure and more freedom.


Off we went...into the water logged lands. With the front "Gloves" on. The mare soon realized, nothing hurt her toes! She strode out nicely. We went up and down and all around the roads for an hour that wizzed by! We had been trotting and cantering, me riding without my rope ballast now, having the saddle and stirrups. I tested out my sitting trot, as I watched our shadow selves below on the ground, riding along with us. The mare stretched into my fingers and I was able feel her swingy body, as she highblew, and marked the time.

I think these Hoof boots are going to make riding out on different surfaces pleasurable again, for the both us! 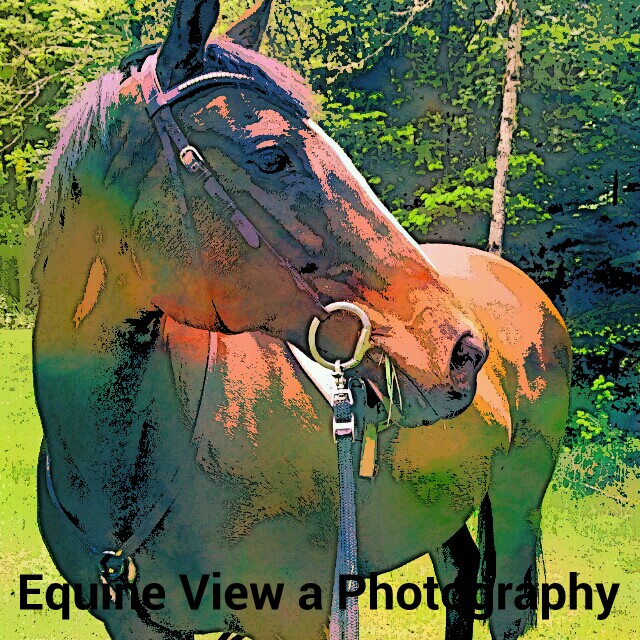