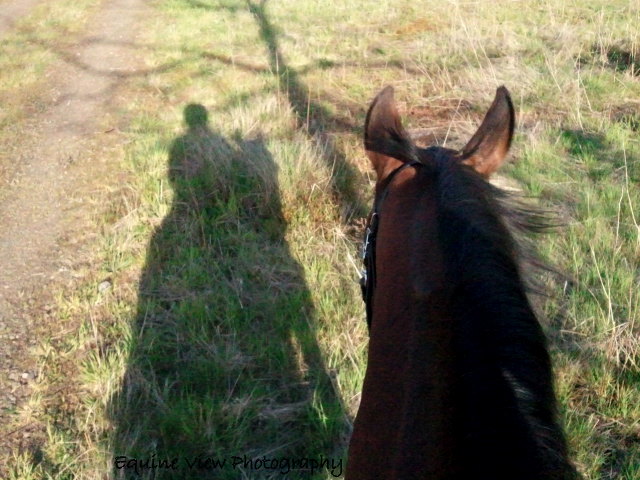 While enjoying the nice fall  days and riding out normally, I had discovered that my mare was sweating, but not drying off normally.
She has her new winter coat in full bloom.
I would put her wicking cooler on, after allowing her to roll some of the moisture down in the arena after rides.. but even with that...the wet hair remained on her chest, flanks, belly and hindquarters. I resorted to also towel drying her off with little results to my liking, or hers...she hates me rubbing her, all all!
So the trace clip it is- for my mare this fall.
phone photo 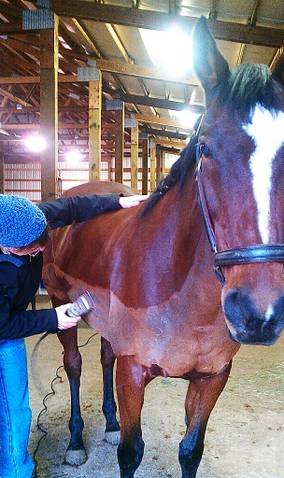 While I did not have to use it last year, with the mare healing from  injury and not being worked. This year, it is different altogether...we are regularly hacking out doors and working in the arena on the long lines and lunge. 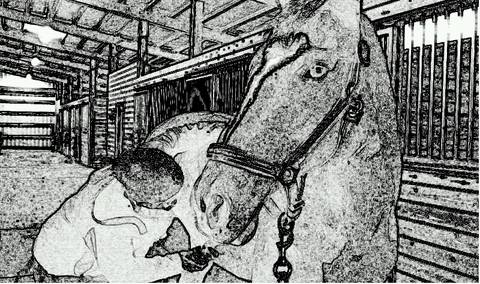 The BIG DOG CLIPPERS by Oster, my sister used for the broader areas, were really loud. They have 2 air vents, to stay cool and blow air as you clip. They are like 30 years old and work perfectly, as she takes good care of things.
Wa once or twice, hopped up, as my sister went under her belly area and the air blew, and hit her somewhere else!  She moved not out of position, but was nervious. I decided to use my smaller body clippers, without the air venting for the small tight areas- and under her belly. The pencil drawing- converted photo above...shows how the mare watched, as my sister clipped, almost holding her breath.
She was so good!
We would use the BIG DOG CLIPPERS till they needed to be cool- sprayed and cleaned. Then I would use my smaller, refining Whal clippers, till they would need to be shut off and cooled down.
The mare just stood contently waiting for the next break from clipping and of course, the "goodgirltreat" that followed.
phone photo converted to oil 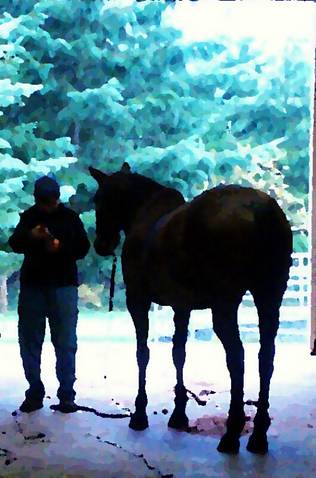 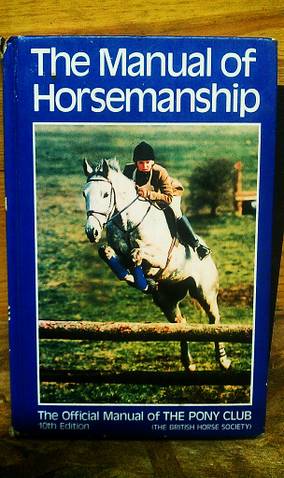 It has so much(covers about everything) GREAT information in it and of course, the kinds of clips and why to use them. 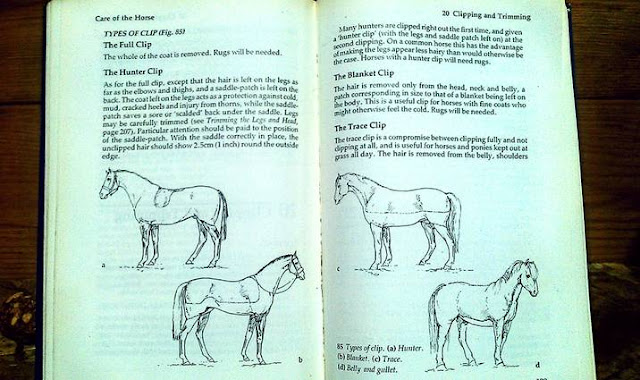 All done, we went into the light for a better look.
phone photo 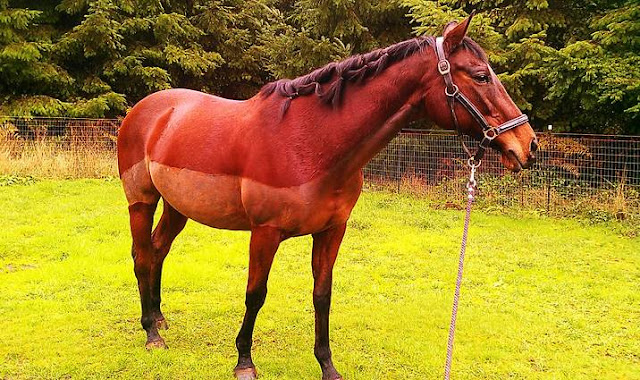 I tried it out yesterday...seeing if she would get wet or not while hacking.
It was plenty cold out, so I employed my quarter sheet. She seemed to appreciate that. I appreciate my 3-step Blue B-day prezzie from my sister! 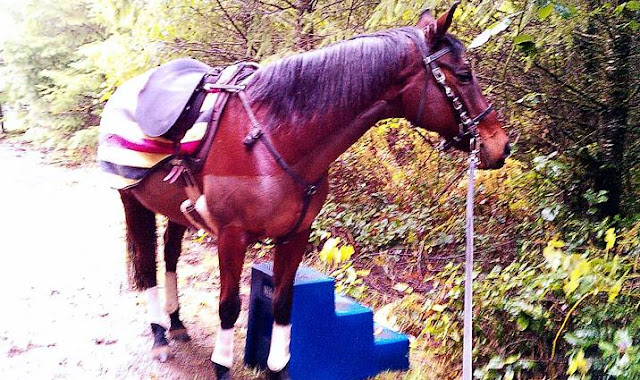 ..UM...we both got really, really wet because it started to SNOW as we strode .
phone photo 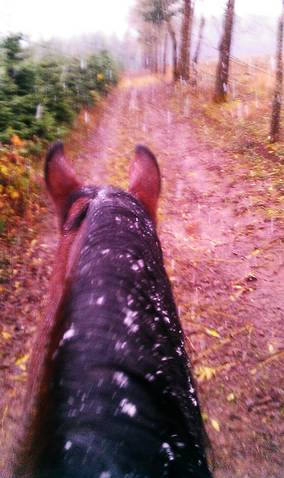 As the mare and me took turn after turn, away from the stables we were refreshed by the sights.  Now normally, she would have a somewhat contrary opinion ..maybe asking or sometimes-telling me- which way to head (home!)...but having the flakes floating about...it made all things look so new- for the both of us!
Our Pond view was very beautiful this day. We watched and waited while it snowed around- and not on us.  We were in a reprieve under big fir bows, away from all the wet, luscious flakes.
phone photo 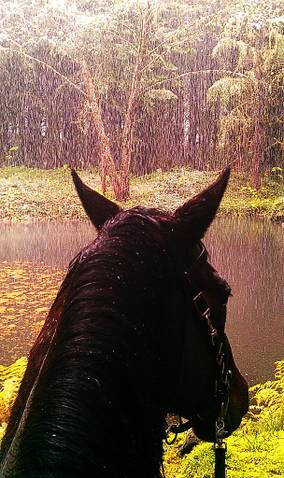 Oh, such a sweet ride we had, trotting making transitions from extended to collected. Wa does have a smooth- as- butter collected trot, that even riding without saddle stirrups is to swoon over. She also gave me a very nicely controlled canter up and around the Christmastide farms. The snowing day somehow erased any opinions she may have had towards anything adverse!! No rushing, no tossing...It was the best.
And she was not in the least wet when we returned...nothing our cooler did not wick off in 10 minutes.
She was yawny...per usual, as I took the gear off. 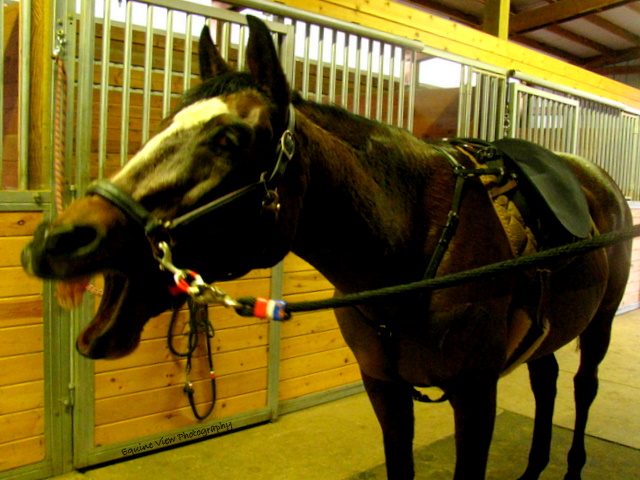 Nice knowing that with this trace clip, there are no worries about my mare having cold, damp hair after riding. With some freezing nights we have had of late. Her blankets now keep her warm too, in the higher elevations of her stable location.
~
So all has been well on the horse front. Posting lately has been difficult, as our computer is fizzleing out. I have another post scheduled for Monday (I went ahead and scheduled it to post, as I never know if this blame computer will allow me to work online or not.) about saddle fit woes of my NEW "ANSUR KONKLUSION". 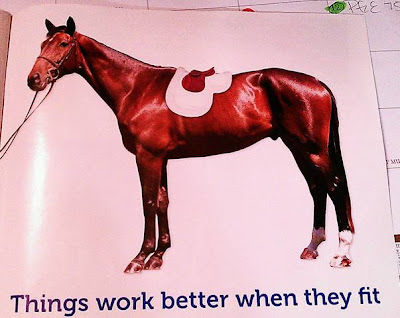 And, some more news later on  such a blessing of a development with this saddle delima. Its all good.
Posted by allhorsestuff at Saturday, November 19, 2011