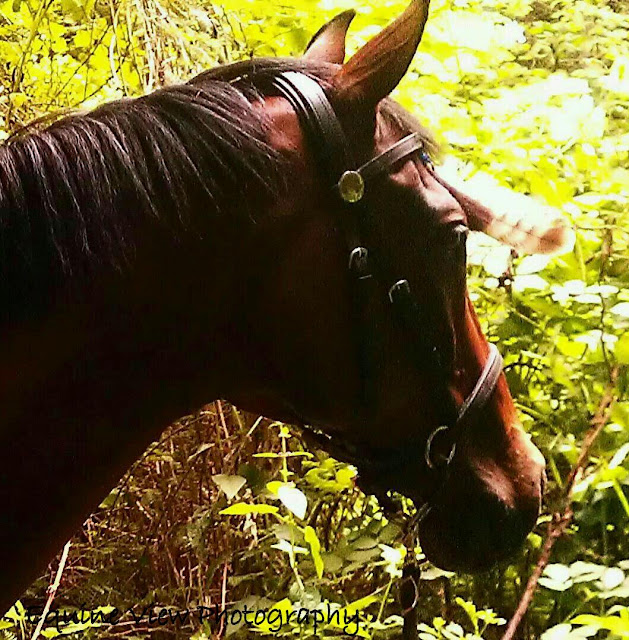 WASHASHE
* "People of the Middle Waters"
or otherwise known as :" OSAGE" tribe~

The other day, I spied a feather on the path. The mare stood nicely  on our sunset ride, while I took interest in the beauty . 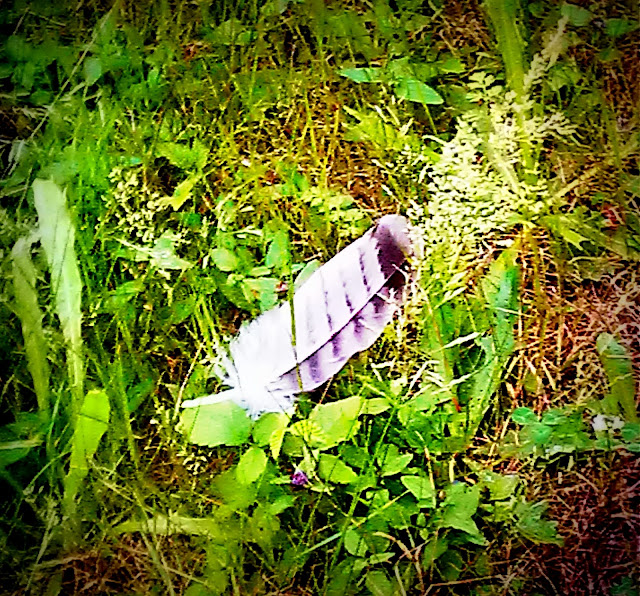 With certain delight, I dismounted to claim the prize!
I have always been drawn to feathers, and find myself treating finding them, as special.

I "Google'd"- "Finding a feather on your path", and discovered that there are MANY thoughts on the subject ranging from;  "you are on the right path","you posses wisdom, for you are on a higher spiritual path" (weather you accept it or not). I chuckled at reading that one.

"Finding a feather on one's path is a sign of encouragement, as you philosophically travel this path".
Also, different colors can mean very different things.
Some liken the finding of a feather on the path you take as: " the spiritual realm telling you, that Angels are near, and ready to assist you". 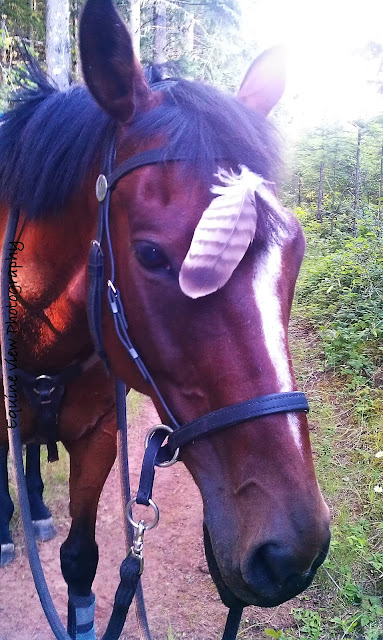 I associate feathers with my OSAGE heritage. A symbol of being apart of an Indian tribe. Washashe's Dam  was registered as "Me Osage" and her stable name was "Feather".

Indian Chiefs wore Feathers to symbolize  their communication with Spirit.

Some other explanations claimed: " You are eating too many chickens, and are turning into one!" "Finding a feather on your path means-"NOTHING!"
All I know is, I have a collection of feathers that the mare and me have happened upon, some blue, some white, black, grey and this one; white with certain black stripes! I do think it's a tail feather from a hawk.

The day  we found the feather, I was investigating a trail used recently by a large group of organised riders. The trail was  now certainly "TOAST", and I had gotten off. It became pretty dicey and hazardous to ride through , certain parts.  A large metal cable was strewn through a section and I removed it, as well as some other debris that could damage legs and pasturns . Some of the mud holes were literally- knee deep.
I was taking the photo below, the larger version of the top shot. I cropped it above, so as to show off the feather in Wa's forelock. 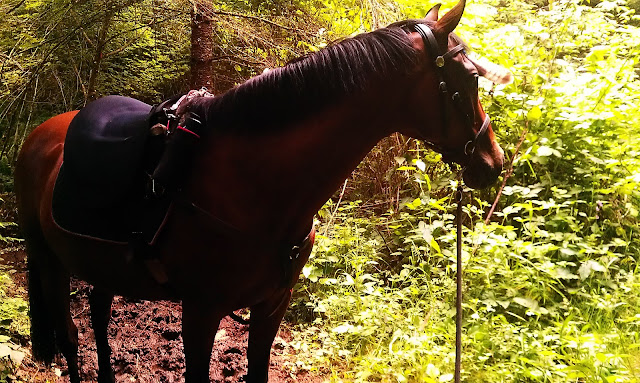 I have NOT TAKEN this route for some 6 weeks or so...it was bad  enough before the large group of riders.
As I was standing there, I thought I heard -what my brain said was - the road and a large truck coming closer. In the 30 seconds I pondered weather or not it was a truck, and the fact I didn't think I had ever heard the road from there before....I REALIZED- The loud humming was actually a "Buzzing", and it was below us, and getting really, really LOUD!
We were so outa there...running, me on foot and the mare behind me! Though I didn't see one bee, or the mare act like she knew they were there, I THANKED God, for the sparing of us such a terrible thing, as getting attacked by a swarm!

Reading through the different "finding a feather on your path" descriptions of meaning; this definitely falls under the category for "Angels being nearby, and  ready to assist!" 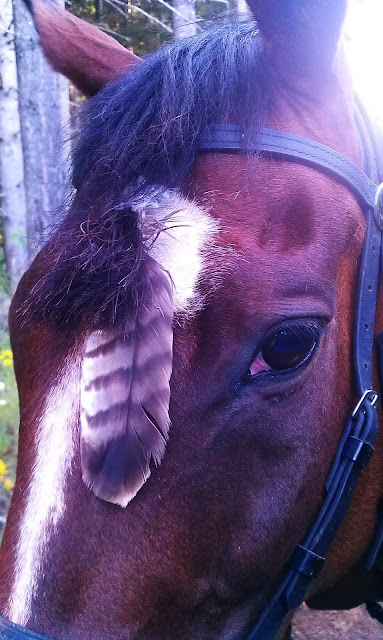 Safely home again, my Indian Pony and me are HAPPY and SOUND!
We will be riding with our wonderful feather, in the future too!