This really cracked me up...the way my mare MUST get all remnants of dust off herself!
It also made me laugh because she has not been able to roll for some time; since her fall on the road in Sept. Being out in her stifle and hips/back.﻿
So, as she did the happy shaking,  I did the happy laughing for her!
It has been so utterly beautiful out..every day sunshine and upper 60-70's...while the overnights are lower 30's-40.
CRISP!
It sure does make the leaves turn quickly colorful. Most of the leaves are down already or still green. We have had only 1 or 2 frosts...so the leaves remaining have color coming on fast .
This is what greeted me across the street, as I left for the stable the other day. 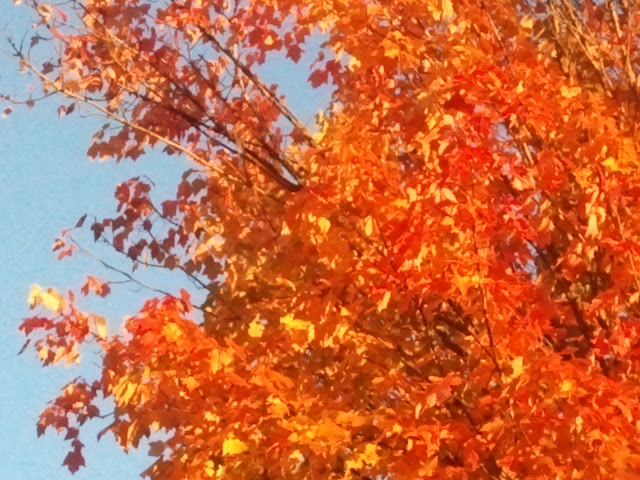 I have been riding the mare just a little bit. She is still quite off ...and recently, I had the new stable's massage man give her a look.
He is QUITE different than our regular "Equine Therapist" Miriah. Her links are on my sidebar.
She assesses the horse first, by doing a once over on the main muscle attachments and back, each side...this tells her,(because the horse tell her) where the tightness or other problems are.
This new fellow, just dug in ,after a small look at the mare. She was passive and willing, at first.... 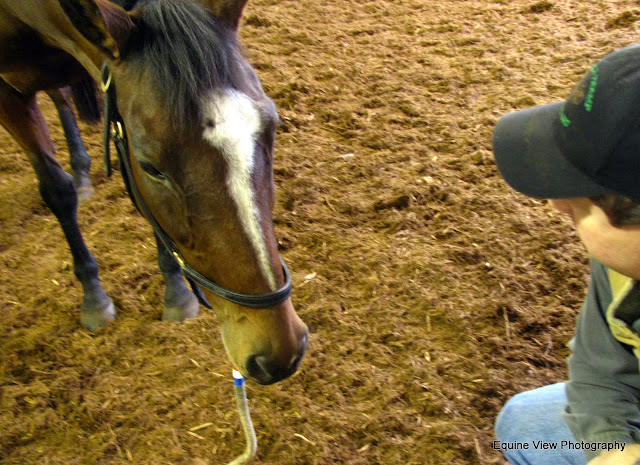 She quickly got pensive and agitated with him...moving away from him, the way I NEVER let her do with me. She hates much touch you see...brushing is disliked by her and to start to touch her- and with force..ooouuu...she was pissed!
He did not allow me to hold her...so I truly feared for him, maybe getting kicked. He allowed her to 'Drift" as he called it, away from him and sometimes her hind end was at his shoulder. I NEVER, like I stated, allow this-it is RUDE and it makes her master over me.
I stood back and prayed...my mare, who clearly was out and sore, would not kick or bite him...she really was mad at him! 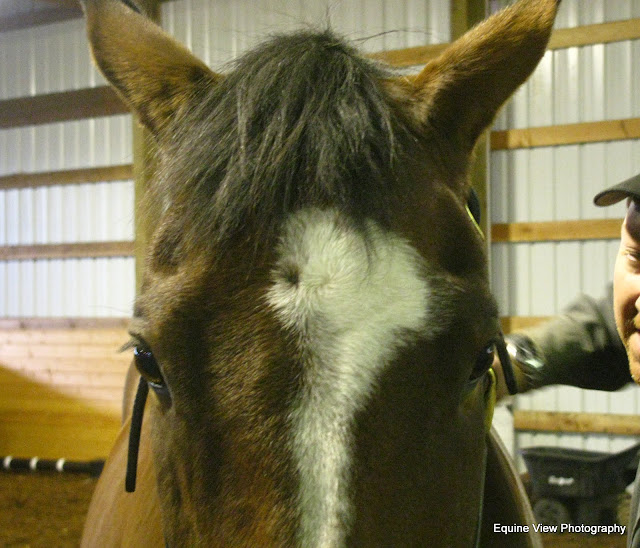 She did not kick at him, but she told him off quite a few times...as she showed him "WHERE it hurt". 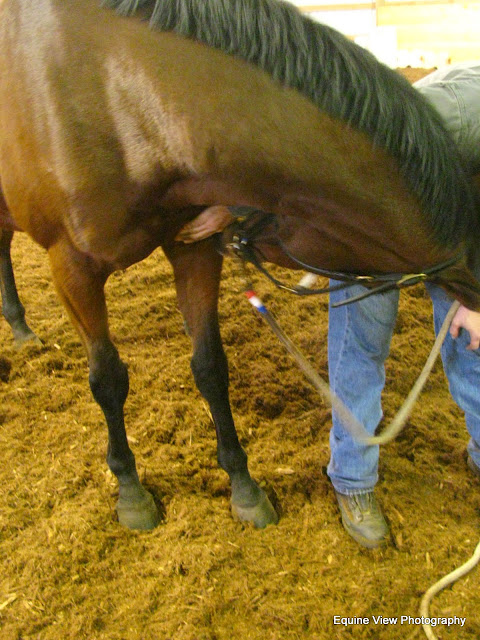 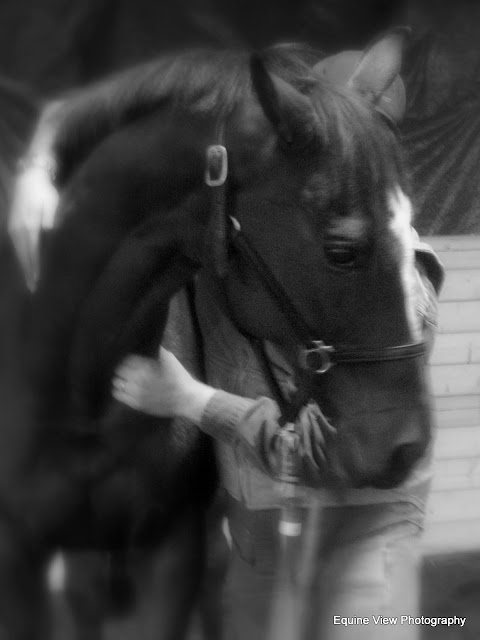 Poor thing!! She was SOO OUT in her pecks!!!
She literally KICKED the ground HARD-over and over- as he massaged the tender area. 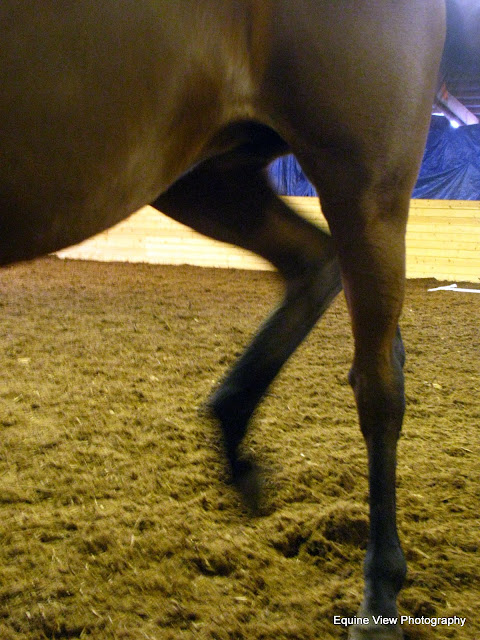 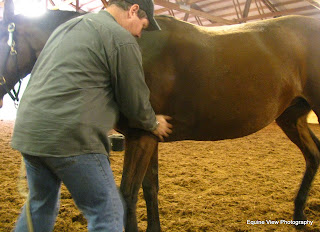 She finally got a pleasant look and relaxed. 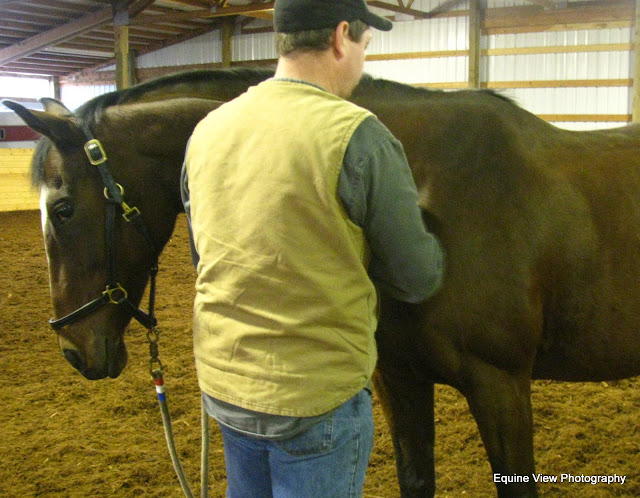 I was pleased she finally let down some. 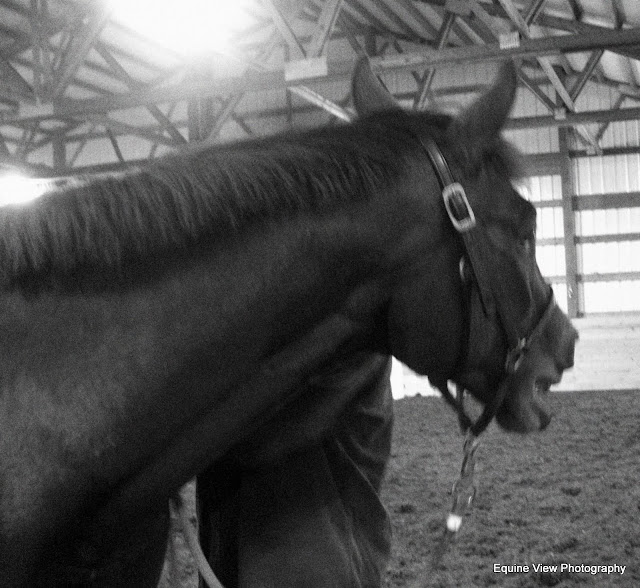 Good mare.
Though not the style the mare and me are  used to... he really helped my mare out!

I did some of the same tecniques the next few days..and gave her a day or two off, to settle into the work he had done for her.  I allowed her into the big arena to roll only then one day i free lunged her in the round pen.
I noticed a huge difference the next time I went to girth he,  to ride.
After Wa's time of healing, I decided to ride out by myself, for the second time from the stable. I took my GPS with me to track the mileage and such.
We have these wonderful level areas to ride now...we have become "Valley Riders". And for healing...it is absolutely PERFECT!
She does not even balk at the one  true hill we have to go down...right by the stable. That tells me she feels better, right there.
We did a 5 mile loop ride through the privately owned "Oregon Fishing Club" lands. 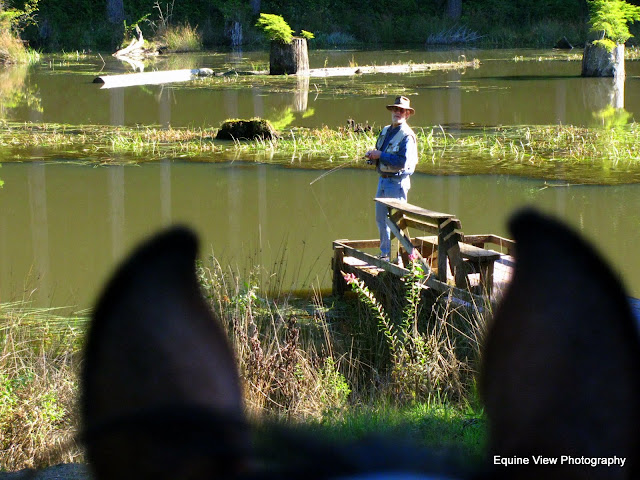 Though we only walked, she was subtly lame, on the way home. She was not articulating well.
SO- this Wednesday, I have an Apt. with the Specialist Miriah Stuart. She is bringing her THERMOGRAPHY camera.
As of last week, (her check was cashed) she will  be Licensed by the Veterinary Board, certification for Thermography science!!!
This means she will be working with local vets and top notch specialists, Like Mark Revenaugh,  whom she spent a day with recently ,doing diagnostics and searching for answers for the health of our horses.
YEA, and Good work Miriah!
Posted by allhorsestuff at Tuesday, October 19, 2010