I dared the ride in the wind, to go see the fate of BIG FIR LANE.
I was told to come right home afterwards by Joni -the miraculous  horseback survivor - she was at the stable yesterday and she bid me a safe jaunt out, but almost unwillingly so.  We are both still shaken up after last Friday's events.
I walked the mare till I felt good enough to ride..the wind did have me pensive a little. She was a bit spooky, but nothing really fearful..so we ventured. She seemed lame, her head was bobbing..so I was trying to figure out what leg/hoof it was as we walked. I had done some lunging with my "balance system" for 15 minutes and she did not seem lame in the arena.
She is very soft in the hooves from the continued MUDD. I am thinking it is tender hooves, and maybe one more than the rest for the bobbing motion. I am going to have to sacrifice some New saddle $ for the EASYWALKER horse shoes- soon...the Hoof boots just won't stay on-or straight- in these conditions of many creeks, mudd bogs and puddles, they stretch far to much. These particular boots have served us well though...over a years time, we have used them..but not with out some tweaking and taping and OH!

This was our first evidences of the  heavy machinery~ 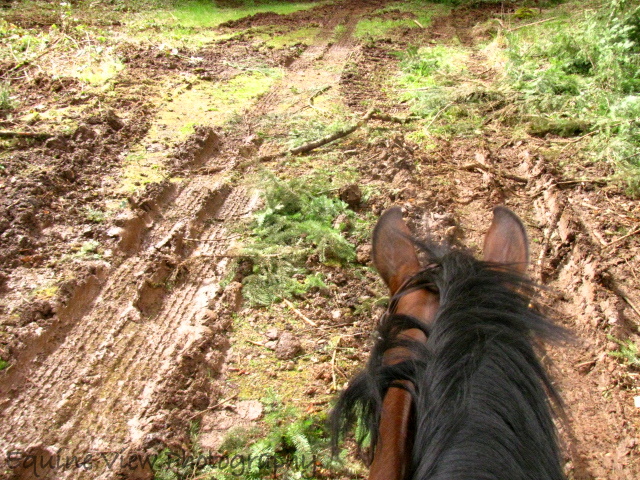 We ventured farther and I saw the big GAP in the wood, where BIG FIR LANE used to be!
It would have extended directly ahead of us, making a symetrical evergreen row to match the one on the left of the bare trees. 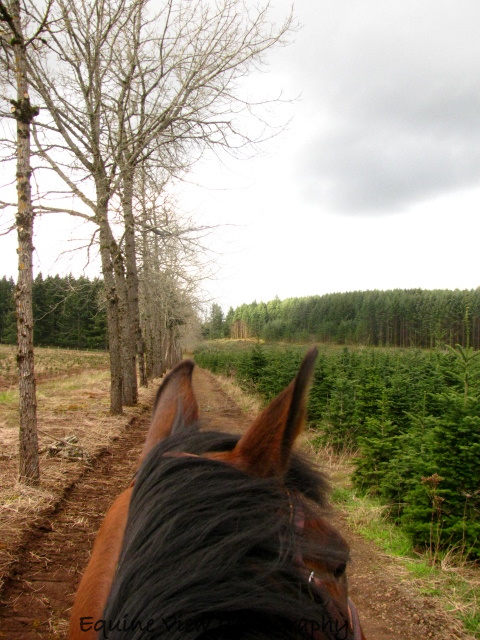 Here is a before shot from last October, when I moved in to this area to board.

And below...my mare's lft ear, is right on the very same tree~
Here is what we found today~ 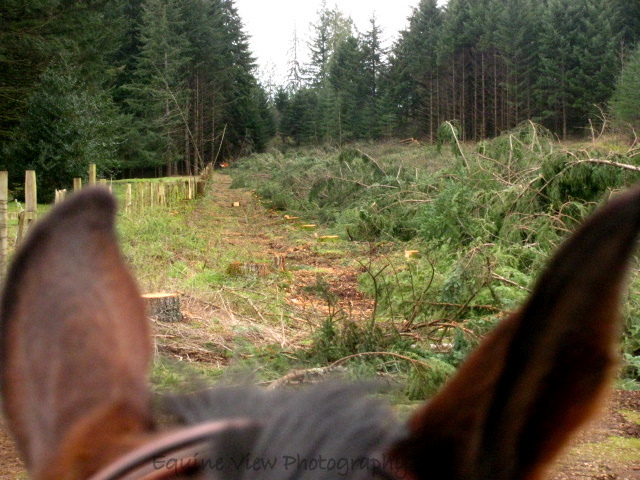 I was unable to go to the far angle view...too windy and it began to hail. This is what we used to ride through, in the sunsets that poured over our right shoulders, from the  West~

Everything Must change, and does!
In fact, it is one of life's constants...I say there are two main constants(aside form the obvious life and death) CHANGE & the unending love of the LORD! 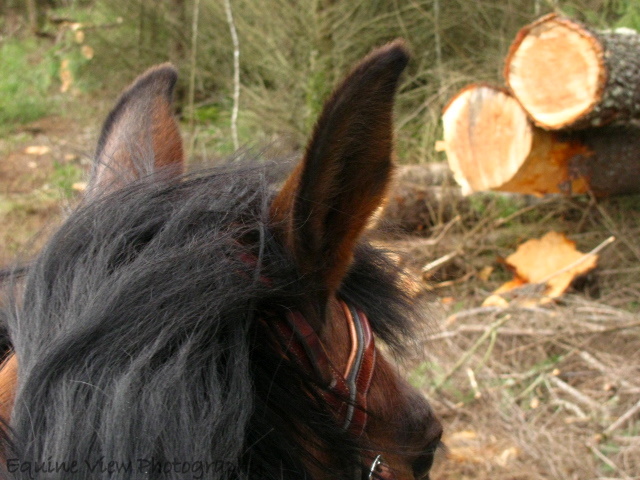 UPDATE!
Joni, dear heart has been recovering nicely from her fall . She  appreciates all your Prayers & concerned, healthful wishes towards her! She asked me to post a photo of her wearing her helmet...she knows that God spared her life, but she also says that wearing her helmet (a Troxel) saved her directly too! 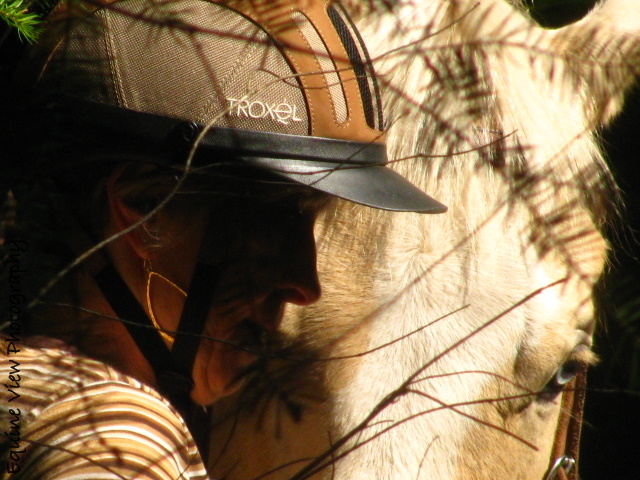