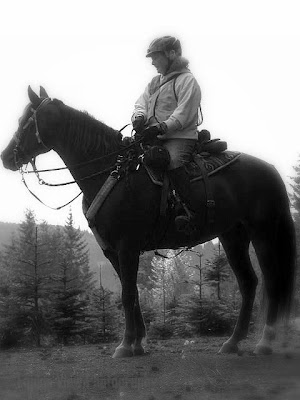 This past fall, while riding with my friend , we took a new trail . It started across the street and ran down a creek bed. It was rather rocky and my mare was not impressed. It took us to other "no outlet" roads and some neat trails. One of which is a pass through road/trail that sometimes cars drive on, not legally so. We were riding along... then, I saw something on the trail...it was rather large....
As we approached, it became clear what it was, but we had no clue to why it was there!
We decided that we were the new owners, since motorized vehicles were not to be traveling there and it probably fell off one.
We packed it on home upon the back of the saddle...we had to ride very slowly, to ensure it stayed where we placed it. 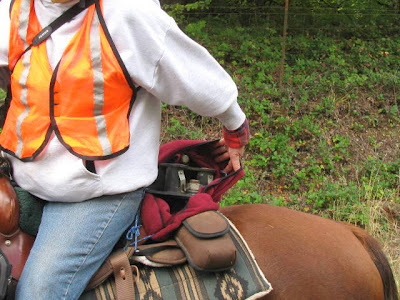 Wala.... just what I need for my new truck-( I am looking for it ) since I am the proud owner of a horse trailer now~ almost have the title in my fingers! (thanks Jewel!) 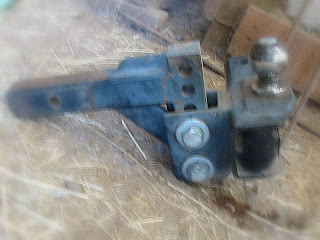 Posted by allhorsestuff at Thursday, April 22, 2010