Sunday at the Stables Rained Out

Though my friend Jo and I had decided to not convene last Sunday...too blame rainy! I still went to see the mare...this is what I saw...a small window of blue and I quickly readied for the soggy ride out -to seek to see what had become of our trails!
I was hoping that my new socks with wings...would help to speed things up! 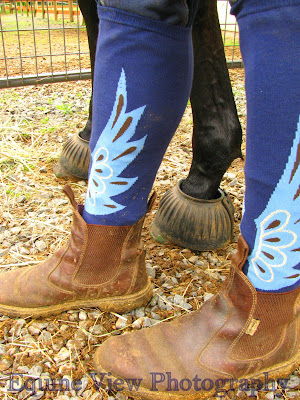 Small glimpse of the color BLUE 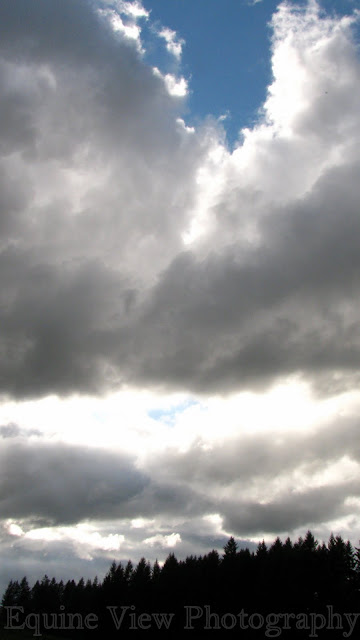 I LOVE having my EASYWALKER HORSESHOES on the mare's fronts! They are showing some wear but, she is still striding out nicely- which makes it nice to practice Dressage moves now.
I just boot up  the backs for the rocky roads...and when I get to a nice stump, (for remounting later) I remove  the boots / stash them / remount. 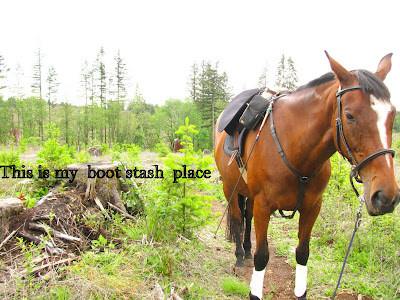 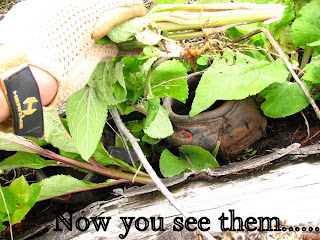 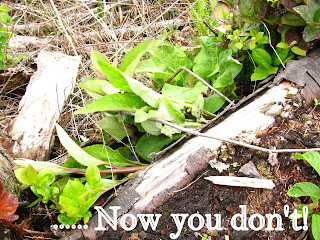 Poor Wa...look at that face!
Though it is good to be able to dismount and mount, out on the trail, and be able to handle your horse in many different situations....she's done that and is bored now! 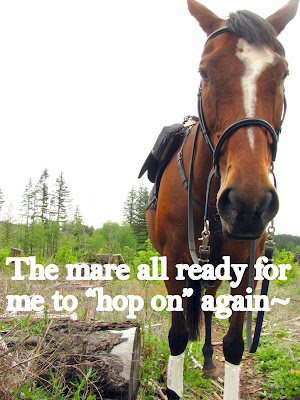 I have to say,  the Wa mare is so good now...because she has been asked to do this so very MANY, many, many, times...she practically does it without out me asking...it is pretty cool! The reason I take the time to unboot- simple answer- NO SLIDING- barefooted compared to booted.
Going out on these same trails booted...12 inch slides, with the hind ends! It is worth it to take this time and ensure a calm ride..she really is so much better now with out the boots!
OH!!! LOOK! 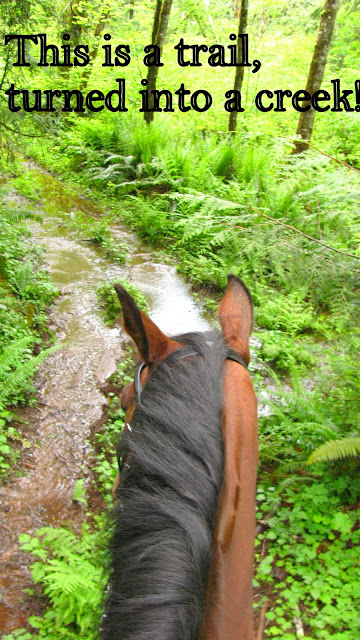 This creek was moving so fast and high...she just was amazed...so was I!

I actually got dizzy when we stopped in the middle of this creek! So I made the mare move on, rather quickly, instead of tarrying.
All in all, it was a very nice ride. I think the mare was happy to get out and about...since she has been kept in most the week. Turnouts are a bit too sloppy and we want to save the grass...let it rest.
Today, week 6...we again cancelled the Sunday meet. it's raining something fierce still!
BUT....Yesterday...there was HOPE in the form of sunshine!
OouLaLa!...now that I will have to write about it later!
Have a lovely weekend my friends!
Posted by allhorsestuff at Sunday, June 06, 2010

Email ThisBlogThis!Share to TwitterShare to FacebookShare to Pinterest
Labels: Sunday at the Stable wk 5 rained out