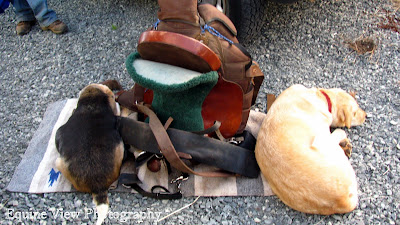 The Dogs my PBO has are always with us when we go places around the property. As we packed up for the beach a few wkends ago, they suddenly appeared and parked it-on either side of one of the saddles!! It was adorable, as if to say, "Pack us up too!"

We drove to the Bay Ocean house in Tillamook, unloaded the horses for a time of rest and refreshment. After we all rested up, we then left for the spit and the first ride. It was later in the day and the weather held nicely for us- perfectly calm and dry.
We were happy to see a large group of Pack llama's loaded and ready to leave. They had two groups and 5 animals.
Amongst all the strange things the horses have seen there...this was one I am glad we missed while aboard them! 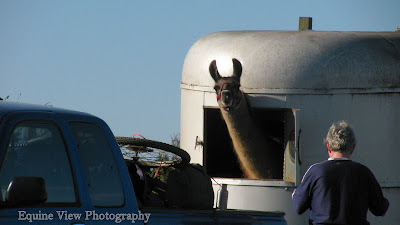 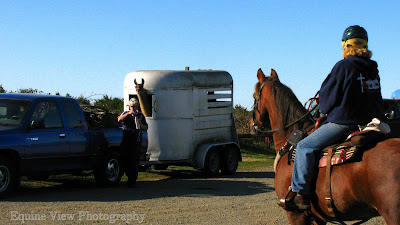 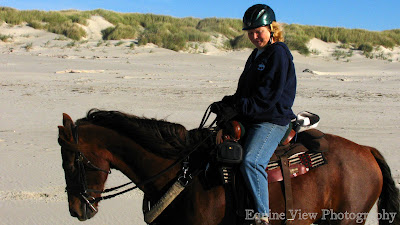 We rode just a little due to the rising tides. 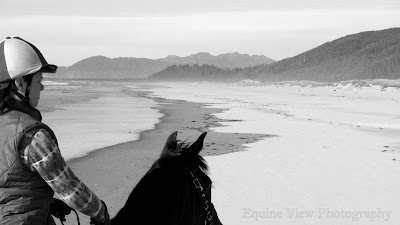 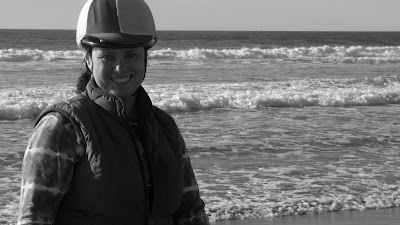 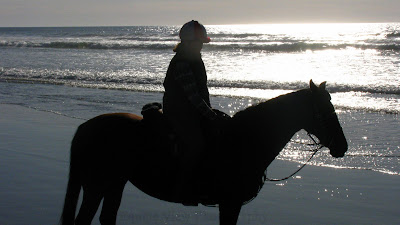 Our short "sunset ride" was a beauty, in fall's crisp air. My mare kept wanting to go toward the ocean and away from the dunes. She knew it was easier walking + the dunes represent moving- scary- grasses and other unknowns. 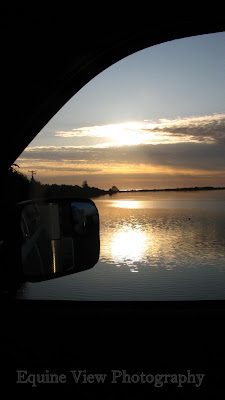 The Sunset, through the truck window, was gorgeous~
Day two was full of foul....Sea birds of all kinds. I finally got to capture some Pelicans! Though I was unable to get very close and my moving animal beneath me also kept my shots from being too zoomed. They were so cool! 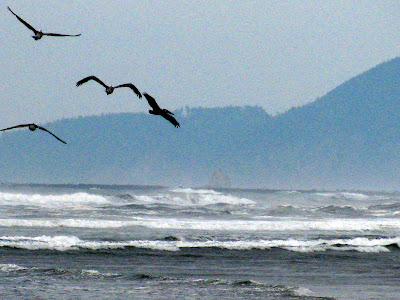 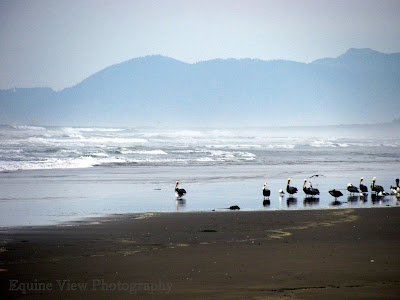 Riding South for a change, we went towards the cliffs and End of the Bay. Romeo loved the new views...he always looks and looks. 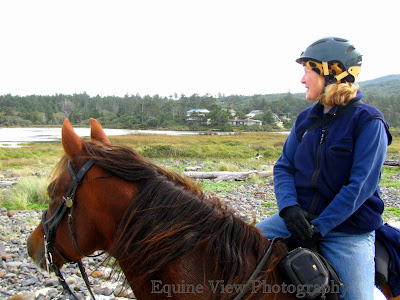 I loved how the forests met the mountains behind my friend~ 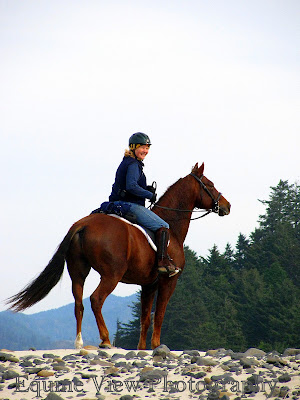 Wa mare watched them go up with interest~ 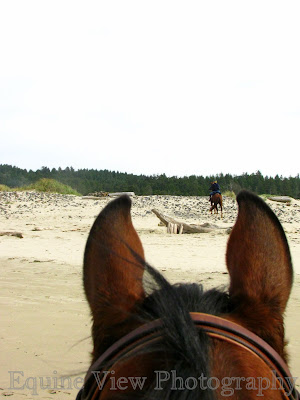 We had such a blast discovering new sights and the horses loved the times we allowed to race along side each other. This was a blast and when my freind sends me her clips...you'll see what I did for the first time ever...I flew-atop my mare. like in Alex, aboard the "Black Stallion"! It was delightful! 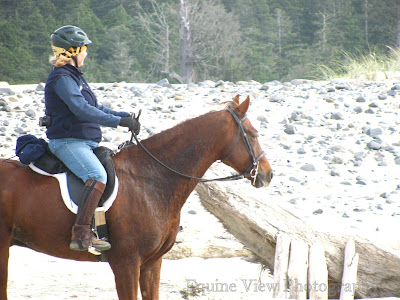 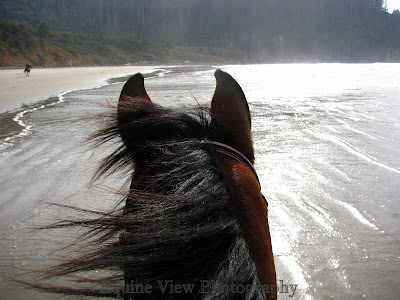 We spent much of the time in training...leaving each other and asking the horses to remain with us, in mind and action. They did really well...only a few misbehaving moments. These two know each other so well, being pasture mates. It sometimes can be easier for me to ride with strangers or another horse that tells her off sometimes, due to the mare being so at ease with him and attached.

All in all, it was such a blessing and revival time!

Posted by allhorsestuff at Monday, October 26, 2009