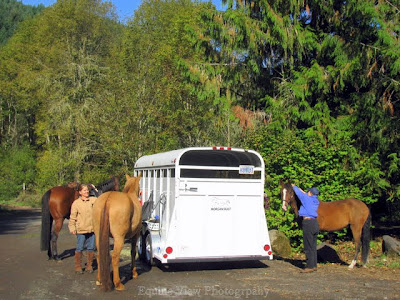 With hunting season upon us in Oregon as of last week, my MUST RIDE MONDAYS partners and I decided to trailer out to safer riding grounds. Here, were we live, there are many State parks and other Pedestrian /Equestrian parks to choose from.
It was a Nice break from wearing ORANGE/flashing lights/ribbons and the sleigh like sounds of bear bells! I am a spectacle back home when I go out!

Grooming is very realaxing for this young Paso Fino, as the sunshine warms us all up. It was very brisk and icy earlier. 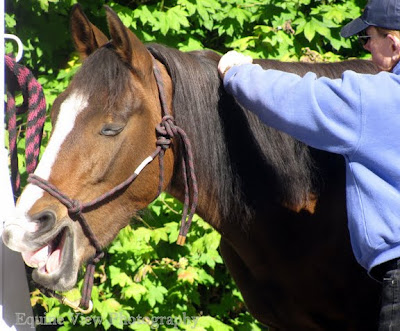 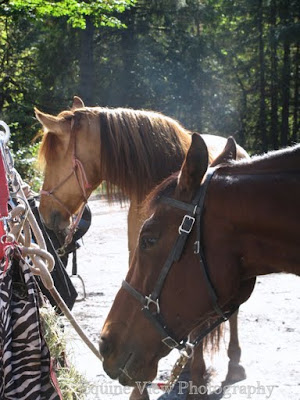 Washashe mare eats a bit more breakfast as I tack her up and ready myself. 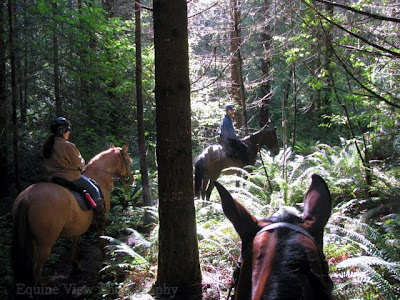 Off we go, into the gorgeous wooded acres of Hardy Creek, in the Molalla River Corridor. 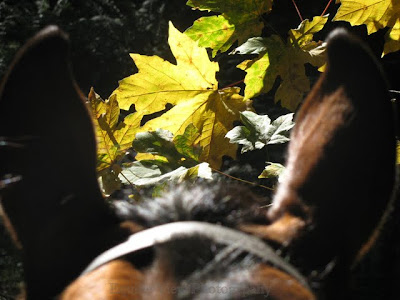 Washashe mare hears her horse friends, up in the woods...
I split off from the girls for a time , and rode the flatter wider path, as I had my hoof boots on and some of the narrow trails were slick as snot and I do not have a plant- em- down- and- walk- trail horse in Wa...she flutters around and slips, especially with the boots!
I do have some at home with STUDS...but they are for walking -no trotting or cantering.
It was so very lovely in the woods with the bright colors just starting to appear for Autumn. 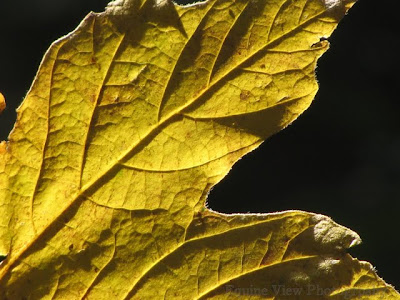 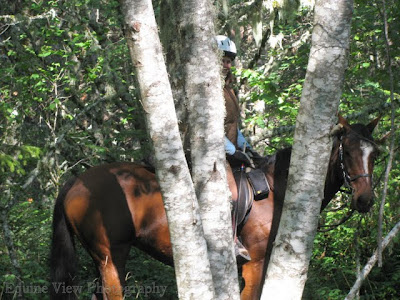 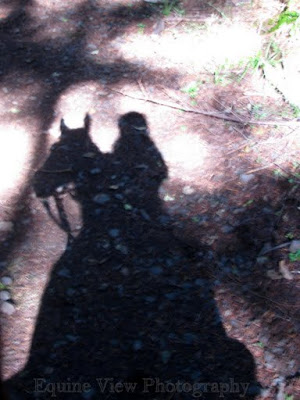 So we rode and rode till we got to the end of the main roadway and it hit trails. I wanted to go right and head back towards home, as the two others had time lines. But there was talk of a log cabin and we turned left to seek it out.
The trail got so steep and too slick for my mare again...so I opted to take the boots off and pack them in a bag I brought . It was okay for a time, then it got dicey and even the others were wondering if we should go on . The trail said "Seasonal" which means, it closes due to the muddy slick conditions.
They persited in going forth, So I got off the mare, undid her daisy chained rope. Then I got her tail wrapped around my hand behind her and asked her to follow the others up and down some icky-slicky stretches. She was awesome! She would look back frequently, to make sure all was well, and I would rub her and say -yes, it is!
We got pretty far away...NO log cabin in sight. So we headed down a rode, hoping it was correct...we forgot the map! We prayed for help-"To find the way home". Not 10 minutes later...
we yelled YEA!!!! 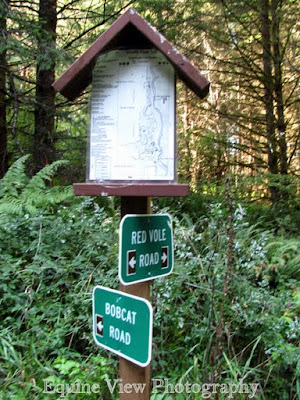 Back towards home we went, and as we rounded one of the last miles closest to home...the cabin appeared. It was a shack like thing really...and we all laughed it up with how memory, sometimes makes things grander!
Home ward we ride! 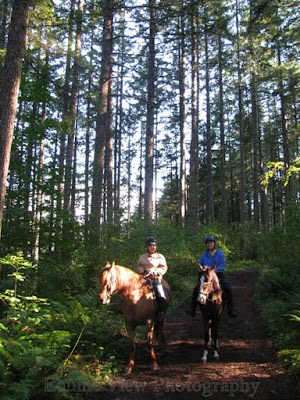 All was well with us and after a few phone calls...plans were changed and we relaxed agian as we drove home with our equine partners.
This sunset is what I fianlly drove home viewing, later after putting the mare out in her pasture. We rode for 5 hours and though it was not planned to be that long...it sure was a beaut of a day !! Praise God for helping us find the way- again! 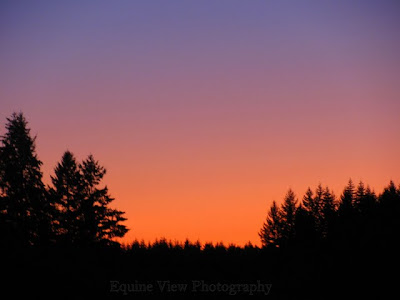 Posted by allhorsestuff at Wednesday, October 07, 2009

Email ThisBlogThis!Share to TwitterShare to FacebookShare to Pinterest
Labels: Sunset in Autumn