Away with the mare and friends

After a harrowing week, involving a colic at my barn and coming off weeks of record rainfall...the forecast looked
- EXCELLENT-
for getting away and enjoying some beach time with equines! 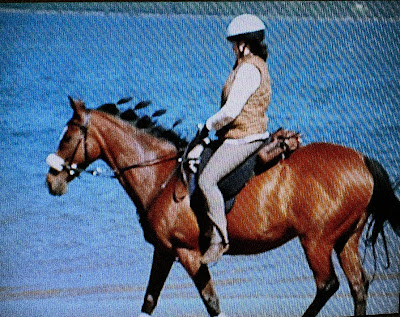 This shot was taken by my friend Jules, and I shot it as we watched it on the TV slideshow~
She looks like my little Indian Pony with her feathered mane!
I joined up with my gal friend Julie, a fellow boarder and her stable owner.
My PBO had given me 2 free nights at her equine rental facility at the beach, for boarding with her 1 year. Love ya Gem!
We arrived and allowed the horses to settle and get their land legs back,  after traveling the 90 minute drive to the Oregon Coast.
We then went out for a nice ride in the sunshine!!! Yes..we actually got to see the blue skies a bit!
I rode on my bareback saddle and  in the"Nutural Bitless Bridle"- Jules is allowing me to borrow.  Aside from her very demonstrative-"Give me my space" gestures...The Wa mare was so good...the new company had her in wonderment. 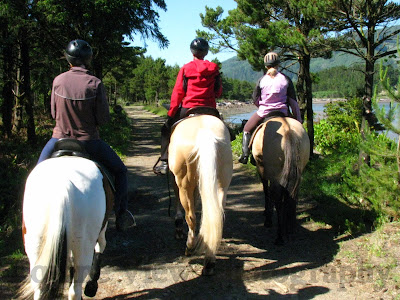 It was somewhat windy..so we had jackets for a time..then the sunspots would get hot, and we'd peel it off again!
I loved this photo...everyone is beaming  smiles of delight...had no idea till I put it on the computer! I know they were happy..but it also could be= my saddle contortions, to turn around and shoot the shot! 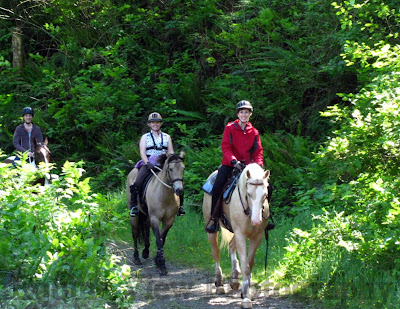 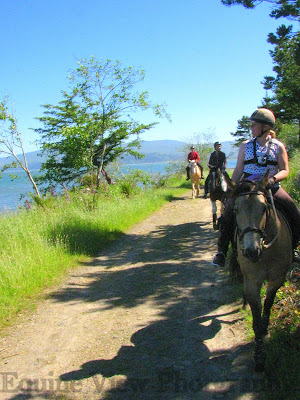 As we rode...someone said.."hey, may we get to that sandy spot down there?"..it was the Bay side and I had never tried before...we found a spot to enter, after trying a few different places.
It was so neat!
I thought of Lisa And APACHE MARE doing her Trail challenge course...we too had some challenges...
WATER =was this BIG Handsome Paint, named Sky, nemesis.
He see it and try and try to bypass it. 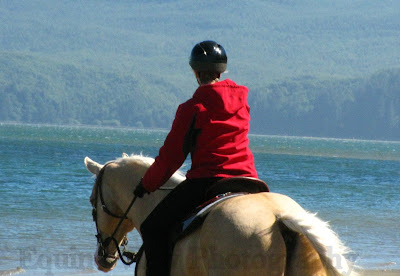 This little 5 year old mare's challenge was keeping her head..as she is young yet. Her human partner was really patient and true to her~ making sure to assure her, of her good efforts, often. 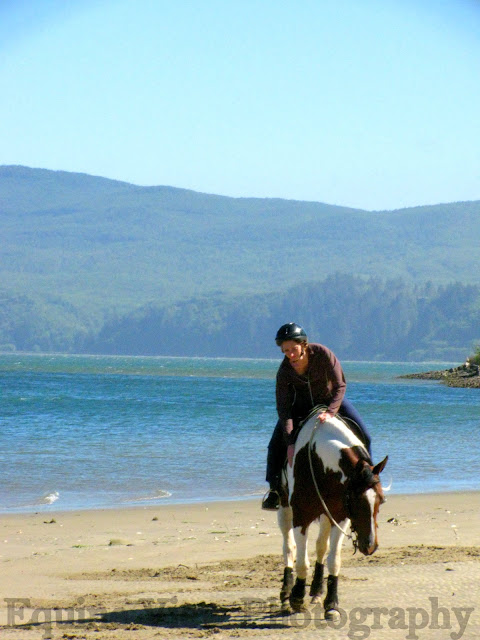 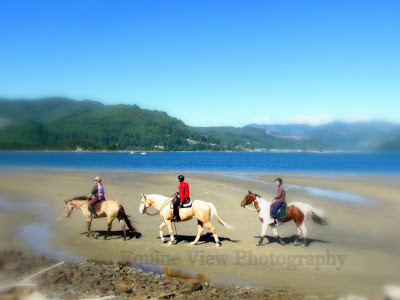 We traveled on down the road, towards the jetty at the Ocean, and came upon these colorful tents...no challenge for any of our horses, today! 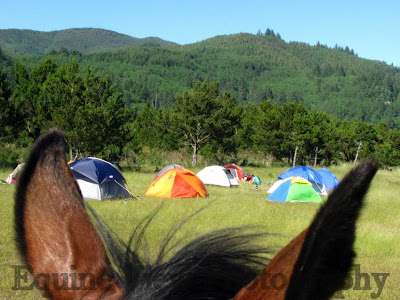 These logs were everywhere on our road...and my mare chose to look on them, each time, with a suspect eye!
My friend to the north at WET REINS  on her OTTB -Jasper- would handle them no problem!
I kept telling Wa, "take a good look now".....for the day will come when you have to decide to fly over them! 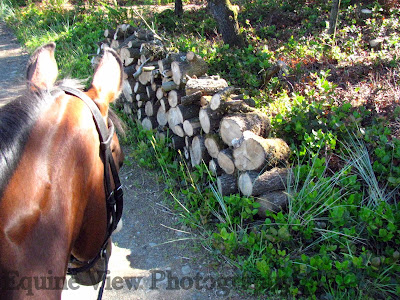 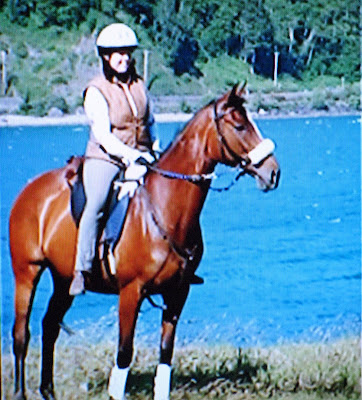 Another photo off the TV slideshow~
That night...as we supped and I was about to break open a bottle of wine...I noticed...a grand design was in the makings..something extra special!
I was invited to try...after I had shot "the making of Lemon Drops". 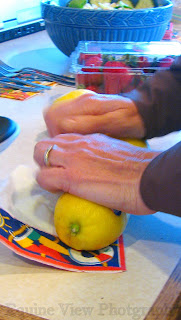 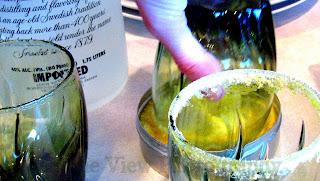 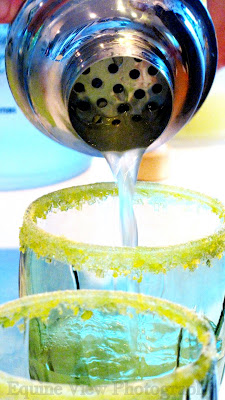 They were dangerously good!!!
And soon, after a few sips, became a sort of laughing tonic!
I leave you, for now, with one more shot and a look at Jules new Toy!!! 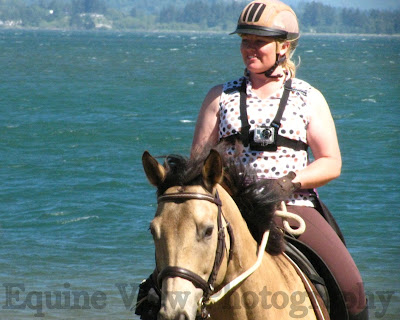