My World with a horse 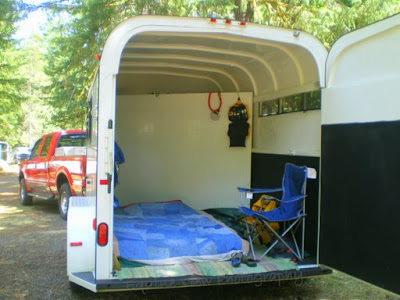 If you have ever been camping when there is a "Bear Alert" in the camp, and have watched documentaries of ( I have)what some of the Bear behaviour is like around humans with nice smelling(tasting)potions and lotions.....Um....sleeping in a tent makes me nervous then. I am one of those ere mentioned sweet smelling(tasting)lotioned-up items in a thin wrapper called-"A Tent"!
NOT ANYMORE! Above was my sleeping quarters for the night this past weekend horse camping.
The friends that invited me along camping, told me to skip pitching a tent and just bring sheets, pillow and blankets from home. They provided the air mattress and I was GOLD! I had just washed the new trailer out and put fresh cedar shavings in it. I put a large tarp down, had an area rug and WALA....Sweet accommodations! My View out of the little side windows to the horsefaces was pretty cool too. 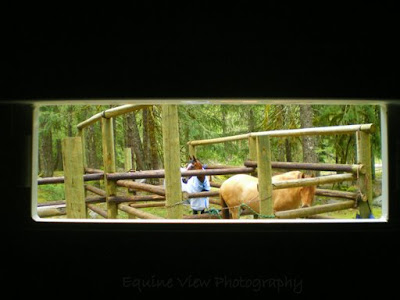 Arrival to 'Riley Horse Camp" was so quick..only an hour from my stable's driveway! 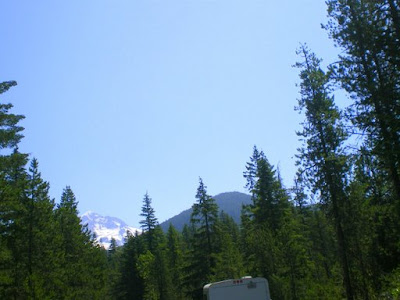 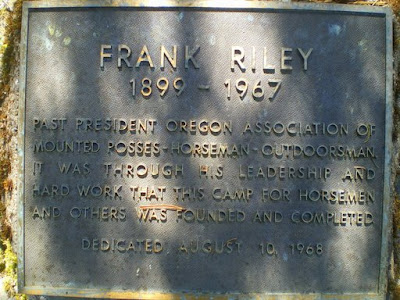 It is a combo of Eastern Oregon and high Mountain terrains. They are sandy, deep and perfect with some round rocks, easily stepped over, by my mare's barefoot hooves. She rather liked the deep sand, and really was able to step out confidently. 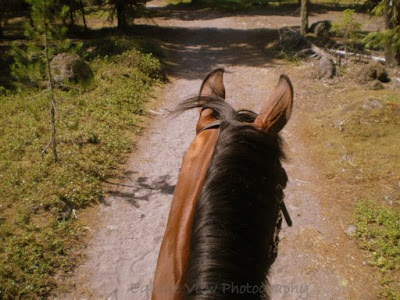 The river we rode next to, that contributed to all the creeks, is called "The Sandy River".
We crossed quite a few creeks the first day out...and the mare did well, even though the large round rocks were slick and uneven. It was the quick current that made her dizzy...so we followed my friend on her Mustang "Cazi", through. 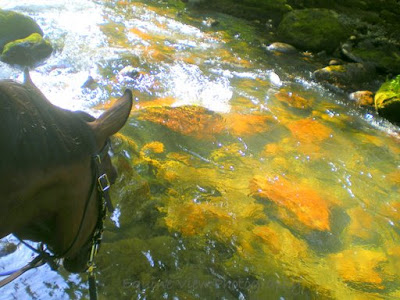 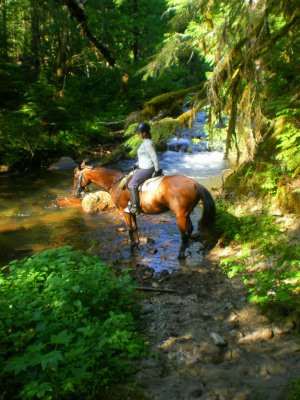 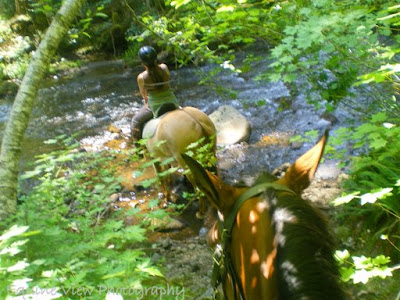 This last Creek was deeper than the rest and I was not confident crossing...so I went up and around to meet the others. I wanted to give the mare a break from the large rocks as well.

It was a nice time with good, sunny weather that first day out. The second day, we made sure to have out rain gear on . Even though it was a heavy drizzle we met many hikers on the trail...allowing us to have our picture taken together! 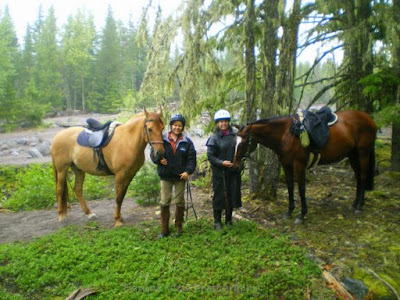 This was a FIRST for the mare and I...Cazi Is a rather striking "Keiger Mustang" Like "SPIRIT, Stallion of the Cimarron" is, in the movie Disney made. Washashe did not get all the attention ...people were very taken with him. I agree too, he is very awesome!

To see a clip from the Movie.....click Picture of Mustang Cazi-picture below~ 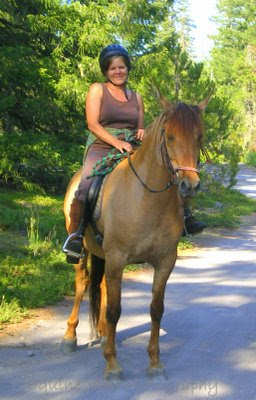 It was so fun with such an awesome new riding partner. She likes to train as we go like me, as needed. The views were BIG...everything was large here...big sandy trails, big cut out canyons with rivers flowing through, BIG Boulders! Amazing! 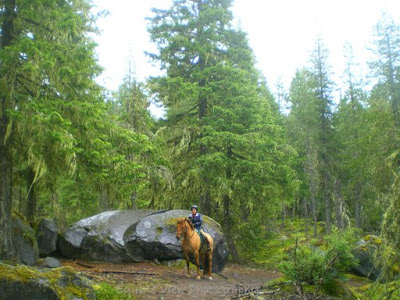 My friend really loves her Mustang Cazi. She has me plait his mane and showed me how he kisses her. It was adorable.

Our only negative were the very bad bugs the first night..they had us all swating and moving around, away from them as we tried to eat dinner...save us two. I am known for "having it all" when somone needs something, I most likely have it handy to share.... and YUP...I had 2 bug masks. They yielded tons of laughs and were very effective to boot! 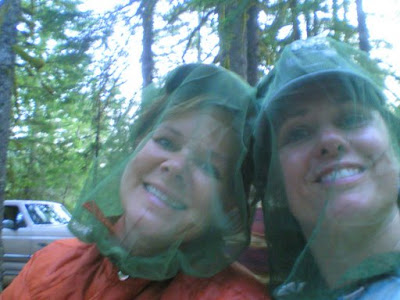 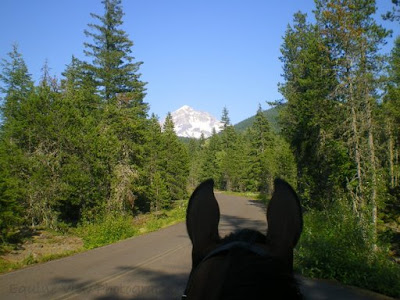 The mare and I are resting up for the next few days...but remembering our sweet mountain times!
Please do CLICK LOGO to go around the world and visit others views today!